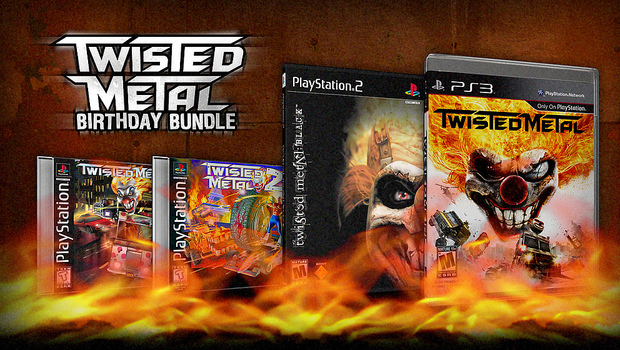 For all you mathletes out there, that’s around $8 saved through the bundle.

If you’re looking for recommendations, Twisted Metal 2 and the new iteration probably hold up the most, as both have tons of variety, and solid mechanics to boot. Although the first game will always be dear to my heart, it’s aged a lot worse than 2, so your mileage is going to vary there.

As for Black, it’s still a pretty awesome game, but the single player campaign is a bit weak — but really, you can’t go wrong overall.