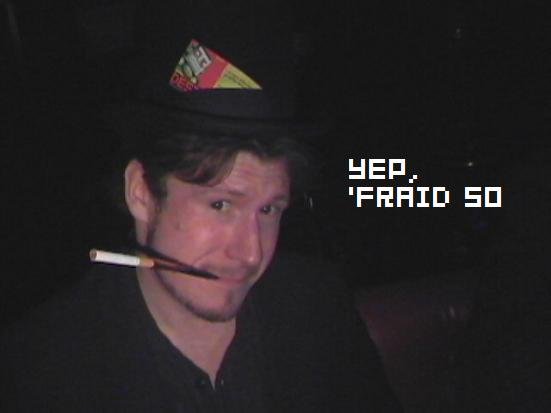 Yes, it’s true. After what has been in all honesty the single best year of my life by a very long way, I’m having to leave the Destructoid staff, as I’ve been offered a new job in journalism which is pulling me away from the site. Leaving Destructoid genuinely has been a very very hard decision to make for me, in fact at times it’s felt like the prospect of cutting an arm off. This place has been my spiritual home for far longer even than I’ve been on staff, and it’s given me more than I’d ever have dared to hope for, both professionally and personally.

I can’t over-emphasise just how important my time at Destructoid has been to me. In under a year it’s taken a guy from northern England who’s dreamed of being a games journalist all his life and made that dream happen in the most fun and exciting way he could ever have imagined. After years adrift from my true aspirations, I’m now working in the world I’ve always wanted to be in, and along the way I’ve had the pleasure and honor of meeting some people who are now amongst my favorite in the world, both on the staff and throughout the community. In a very true sense, Destructoid has made my life, and while I’m now moving on to the next chapter of that life, Destructoid wrote it and every single one of you guys had a hand in that. Thank you all, from the bottom of my heart.

But I won’t be totally severing my links with Destructoid (How the Hell could I ever?). I seem to have noticed that we’ve got a rather good community here, and it’s a community I very much want to stay a part of, so while I can’t be on staff any more, I’ll still be around as much as I can. Also, I’m now in the Destructoid Steam group (Steam name: Davestructoid), so if you ever see me online, hit me up for a game. I’ll get you my gamertag when I get my 360 too, and of course, MySpace me up if I haven’t already got you imprisoned in my list of digital souls.

But to mark my leaving Destructoid, I want to give you guys something to say thankyou. Over the last year, I’ve noticed a rather large pile of games swag appearing in my bedroom, which has now grown to the point where it blots out the light from my window and threatens to stop me even getting into and out of bed at all. So I want to give that pile of swag away to the Destructoid community, and that’s exactly what I’m going to do. For details of the (admittedly variable) stash and how to get your hands on it, hit the jump.

So what do you need to do to get your hands on some of this stuff? Simple. Just do something funny or cool with a picture of me. I give you free reign to do whatever you like as long as it stays pretty much SFW, and you can use any image of me you find around this site. Add captions to pre-existing pictures, photoshop new ones together, take screen grabs from the videos, do anything you want. Go crazy and make us laugh, and the top three selected by the staff will win the above prizes. You’ve got until the 25th of November to post your entries, which must be posted using bbcode in the comments section of this story. If you’re stuck for images to use, these three stories are a good start, and I’ve attached a few more random ones I’ve found about my laptop as well.