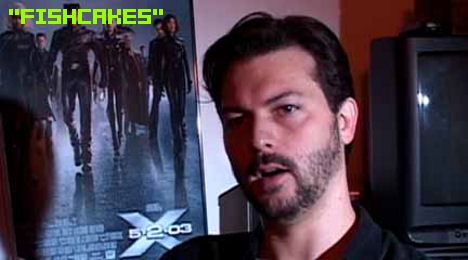 Considering he’s the definitive voice of Solid Snake, the least Sony could do would be to allow David Hayter a chance to have some considerable involvement in the sadly inevitable Metal Gear Solid movie. It seems that Hayter would very much like to pen the film, and has told fans how to help make that happen in a post on the IMDb boards:

Thanks so much for your message. You rock.

As for me writing the MGS movie, tell everyone on-line to write to Matt Tolmach at Sony Pictures studios in Culver City. If enough people do this, we may be back on board.

Of course, we all know how people on the Internet work, and it hasn’t taken long for a petition to go up which fans can sign in an attempt to get David the gig. Will it work? Probably not, but fans will do anything to keep a script out of the hands of Michael Bay.

I love MGS, and find the idea of a movie quite offensive to the videogames, which did a perfect job of conveying their stories in the medium they were intended for. I can’t stand it when movie makers see “cinematic potential” in videogames because it downplays the potential games already have to be effective narrative mediums. Still, I’d feel just a tiny bit better if Hayter was involved in the writing, someone who actually understands and cares about the Metal Gear universe. Mind you, that’s never what Hollywood really wants, is it?