Quantic Dream has already talked up its interest in motion controls, having even at one point designed its own controller for Heavy Rain. Vague hints have even been dropped that a future update could bring PlayStation Move support to its latest hit, Heavy Rain, as well.

“I’ve seen Natal, and I’m really curious to see what they’re going to do with it,” he tells me, before adding, “I was a bit frustrated that they presented it with a sci-fi-type presentation.”

Cage refers to the Microsoft promotional video that premiered at last year’s E3. It’s a montage of folks using Natal to play concept titles (like racing, soccer, and fighting games), and interacting with the Xbox 360 using only hand gestures and voice. But there was one demonstration that seemed to irk Cage the most.

“When the kid comes in with the skateboard and the laser ray, scanning the skateboard, and then it’s in the game,” he says, rolling his eyes. He explains that the ability to take pictures and than map images into a game is possible, but not to the extent that the Natal promo video would like us to believe. “We are in the industry; we know what’s feasible and what’s not.” 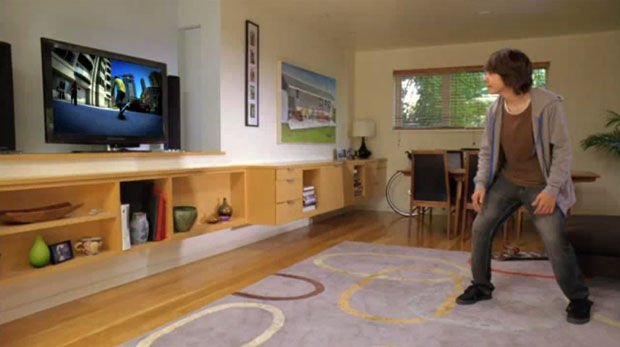 “I thought it was a little bit lying to present it that way,” he adds, “because it will let [consumers] think that they will [see] something that they are not really close to getting.”

On Sunday, June 13, at E3 this year, Microsoft is set to reveal its final plans for Project Natal, and “the first look at the future of fun.” Whether or not that will involve scanning skateboards with laser rays remains to be seen. But as far as Cage is considered, it’s not likely.