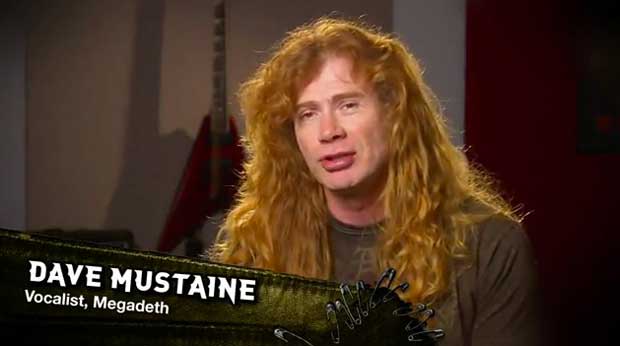 Megadeth frontman Dave Mustaine wants to kick your ass. Well, not literally, but with the original track he wrote for the upcoming Guitar Hero: Warriors of Rock.

The song “Sudden Death” (spoiler alert!) plays during the game’s final battle, a face-off with the demigod of rock. It’s a finger-blistering number written specifically for the game, the intention to push the Guitar Hero player’s skills to the limit. Mustaine is proud of the track, which he wrote based on a script and game illustrations provided to him by Neversoft.

How he describes the song: it starts off scary, then it stops, then it picks up pace at the end. That’s like going into a record store and saying “I’m looking for this song I heard on the radio. It goes ‘dummy dum dum dum’ on the bass, and then the drums come in and it’s all like ‘widdly-wah, widdly-wah’ on the guitar right before the singer says ‘can you feel my raging heat, come down with it girl.’ Do you have that one?”

Check the video above to hear the track, see the note chart in action, and marvel at the fact that Mustaine has had the same haircut for over 25 years.