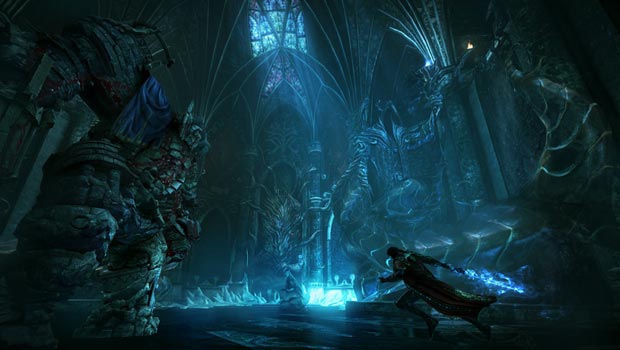 Next Castlevania will have to come from new team

Speaking with producer Dave Cox at San Diego Comic Con about Castlevania: Lords of Shadow 2, we found ourselves surprised by the candid response we received when we asked about the future of the franchise:

“I’ve always thought that this was a torch being passed down,” David told us. “Nobody on the team ever felt like we owned Castlevania. We always felt it was our responsibility now but it wouldn’t be ours forever. Let’s do what we’re going to do, tell our story, and move on.

“So we’ve told Japan headquarters that this is the last one for us… there’s nothing worse than when somebody’s got something to say, and when they’ve said it, they just keep talking. We’ve got a beginning and end, and it’s a cool ending and a cool story. Once we’ve done that, it’s time to say to somebody else, ‘now it’s your turn.’ Maybe it will be a young producer in the company looking for his first break. I think you’ve got to bring in fresh blood.”

I’d have guessed the team would committed to a trilogy, and given the success of Lords of Shadow, I’m even more at a loss. It will be interesting to see what the future holds for this iconic franchise.

More from this interview will be coming in the next couple days, but in the meantime, chime in and let us know if this news surprises you. Any thoughts as to what might be next?