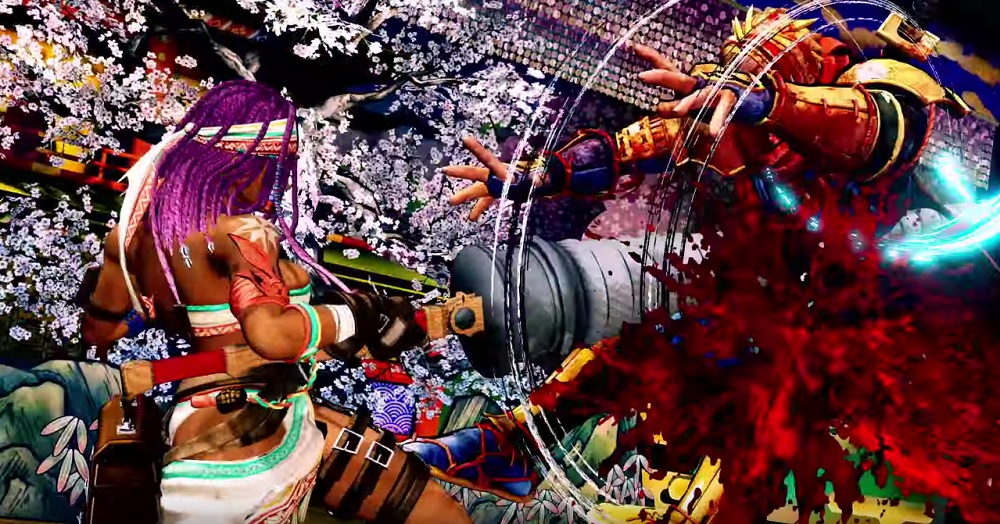 SNK has released the next character trailer for their upcoming steel-clashing epic, Samurai Shodown. Today the spotlight falls on one of the roster’s all-new characters, the badass voyager Darli Dagger.

As you can see below, Ms. Dagger uses her mighty strength to wield her serrated saw with devastating results. It looks like a weighty tool, making Darli’s attacks slow but deliberate as well as giving her pretty effective reach. Darli is also apparently capable of spinning it at great speed to infuse the blade with drill-like properties.

Outside of her attack patterns, I also think she simply looks cool as fuck. I’ve always been a mark for the seafaring ladies, just ask B. Jenet or WWE’s Kairi Sane. Samurai Shodown’s cast has been criticised by some fans for its size, but with the design variety on offer, I think it’s going to be a case of quality over quantity. You can check out the previous trailer for Nakoruru right here.