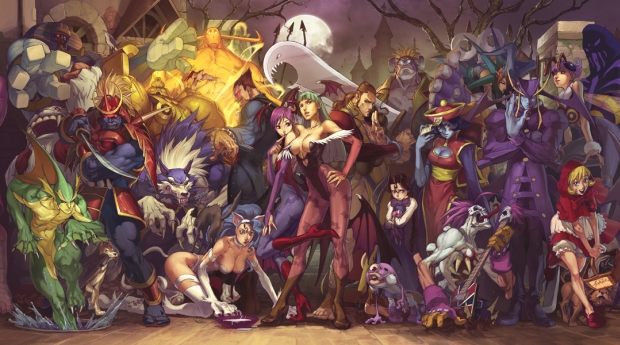 UDON Entertainment is bringing back Darkstalkers to comics this January. The three issue miniseries follows Morrigan, Donovan, Pyron and Demitri as they fight for the control of Earth. New characters such as Q-Bee, Anakaris, Sasquatch and Huitzil will also show up in the comics.

Alvin Lee will be providing the cover art for the three issues which will form the one big image you see above when each issues is put side-by-side. Each issue will also have variant cover art by Emily Warren which will show off the women of Darkstalkers. The comic’s story is written by Ken Siu-Chong and the artwork in the comic will be made by Joe Vriens and Eric Vedder.

More Dalkstalkers is great, but how about a new Darkstalkers games already Capcom?