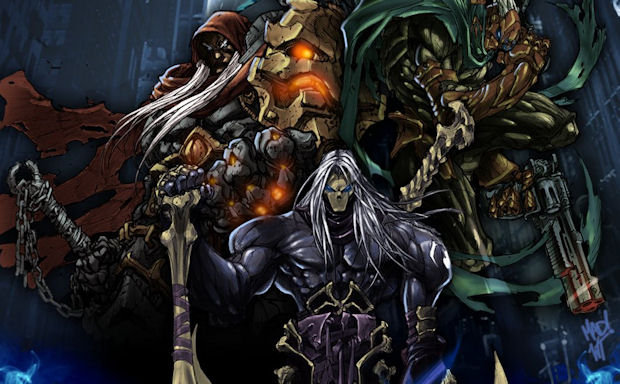 An analyst has recently revealed that evidence from THQ’s Q3 earnings report may suggest that Darksiders sold well under the publisher’s expectations. Signal Hill Capital’s Todd Greenwald believes that the excellent action/adventure game couldn’t shift a million copies, despite the critical success and significant marketing campaign.

“[Darksiders] didn’t perform up to THQ’s expectations,” explains Greenwald, “likely selling less than 1 million units despite heavy marketing dollars [and] 2-3 years of development costs.” The analyst also adds that the game was being discounted in stores after only two weeks of sale.

If this is all true, then I’d like to mount a significantly large f*ck you to the gaming public in advance. Darksiders was awesome, and if we don’t get a sequel now because a bunch of spunkdrenched c*ckgiraffes would rather buy a load of bullshit, then there are some frigging executions that need to be had.

If a game like Darksiders can’t sell, when Darksiders had everything needed in order to sell, then screw everybody in the so-called civilized world because they’re all f*cking stupid and have no idea how to have proper lives. They can all go back to Modern Warfare 2 as soon as they’re done sucking my gigantic cock.