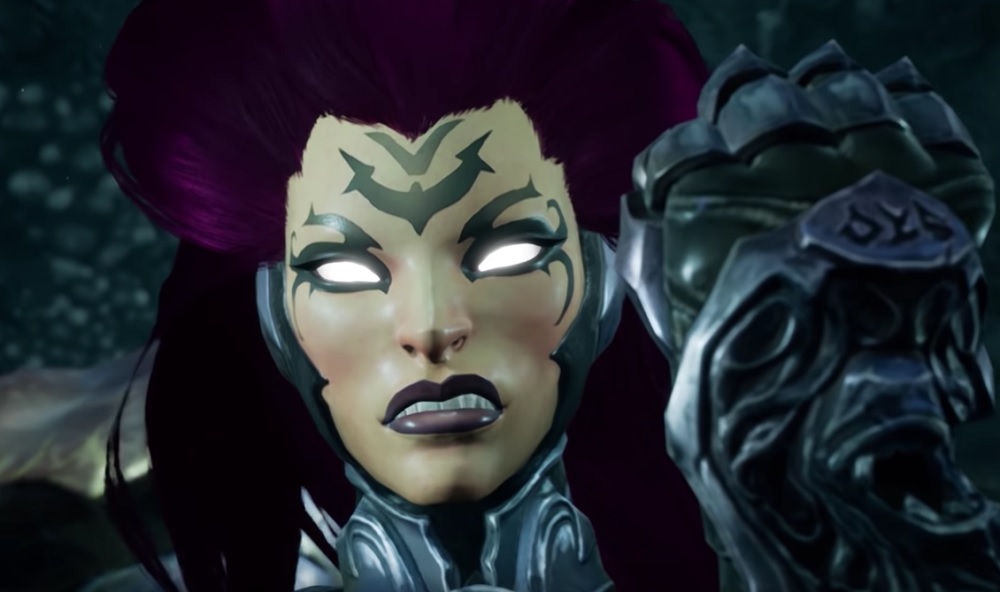 The new trailer features a booming voice, amping the player to prepares for the edgiest ride of their lives, while pulse-pounding footage showcases 500% badass Fury – FURY – as she lays waste to all manner of beasts and monsters with her brutal metallic whip skills in a quest to defeat the Seven Deadly Sins.

It’s pretty hardcore stuff, and features a ton of colour and stylistic design choices. With all this lightning, pupil-less girls, spiky armour and mis-shapen monsters, all I can picture are the aesthetics that would adorn the boxes of 128MB graphics card back in the roaring ’90s. Fury herself looks like she spent many years hard rockin’ that lifestyle, but as a superfan of Mortal Kombat’s Sindel, I can appreciate this.

Darksiders III launches on PS4, PC and Xbox One on November 27.