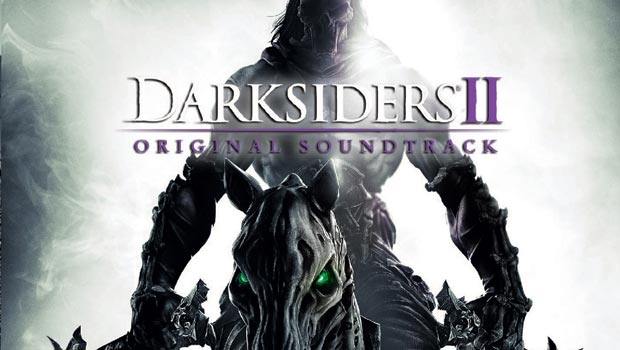 Does that name sound familiar? While Jesper Kyd didn’t score the original Darksiders (that was Cris Velasco, Mike Regan, and Scott Morton), you may recognize his name from such titles as Assassin’s Creed, Borderlands, and the Hitman series. He’s a big deal in game music, and he’s been tapped to score the upcoming Darksiders II.

What we have here are four tracks from the game, fully streamable, for your enjoyment. We’re really digging the laid back and moody atmosphere so far, so let us know what you think.

There will be a soundtrack disc included with the collector’s edition of the game that ships in August, but Sumthing Else Music Works has just announced today that a two-disc version will be released separately. See below for details.

DARKSIDERS II follows the exploits of DEATH, one of the four horsemen of the Apocalypse, in a weaving tale that runs parallel to the events in the original Darksiders game. This epic journey propels DEATH through various light and dark realms as he tries to redeem his brother WAR, the horseman who was blamed for prematurely starting the Apocalypse in Darksiders. DARKSIDERS II is scheduled to be available for console and PC on August 14th, 2012 in the United States. For more information on DARKSIDERS II visit www.darksiders.com.

About Sumthing Else Music Works

Sumthing Else Music Works and Sumthing Distribution logos are copyright of their respective companies.

Darksiders II © 2012 THQ Inc. Developed by Vigil Games. Darksiders, Vigil Games, THQ and their respective logos are trademarks and/or registered trademarks of THQ Inc. in the U.S. and other countries. All rights reserved.

All other trademarks are the property of their respective owners.