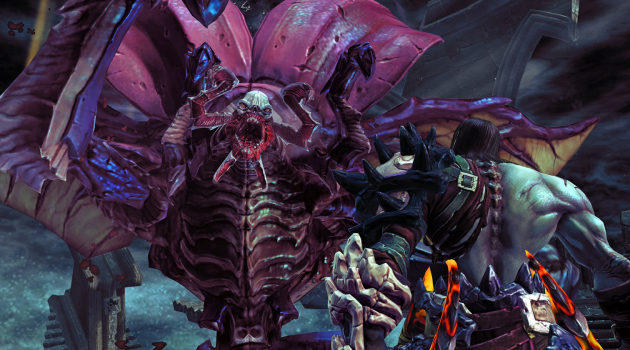 Vigil Games is keen on keeping you playing Darksiders II beyond the main game, and has two tricks up its sleeve to extend your investment. Beating the game unlocks a New Game + mode, which allows you to carry over Death’s equipment, levels, and skills. Such modes have served titles like Dead Space very well, so this is pretty awesome.

The action is also bolstered by the Crucible, a survival mode with 100 waves of enemy aggressors. Players will be offered rewards at certain levels of combat — if they take the reward, they have to end their progress, but if they push too far and die, they leave with nothing. I’ve played a little bit of it and it provides quite a challenge. Should give the ambitious plenty to go on.

These announcements combine two of my favorite ancillary additions to videogames — New Game + and wave-based survival. As sick as I am of games boasting the same feature sets, if every videogame had these two items, I don’t think I could complain.

You can check out what Crucible looks like in the attached gallery of images.