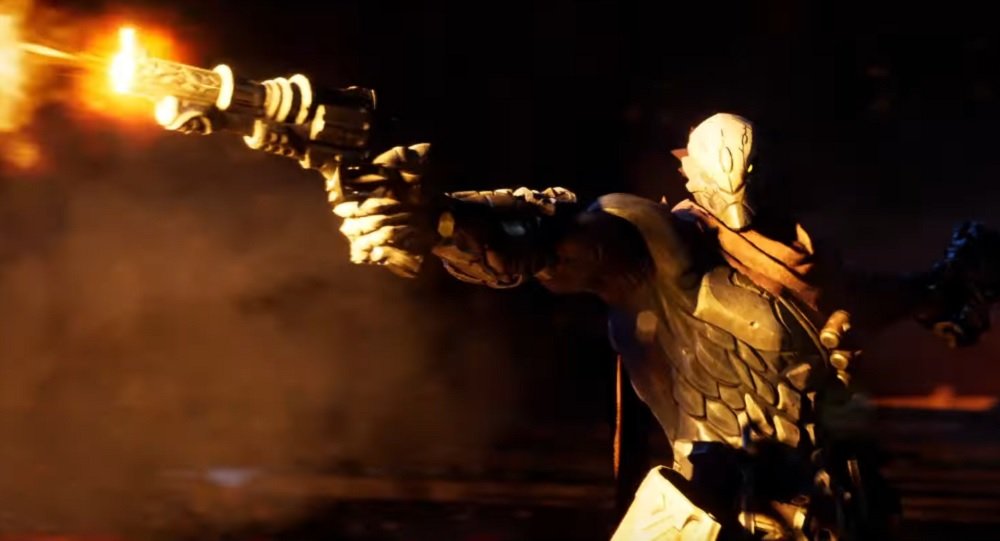 THQ Nordic has released a new trailer looking at the second Horseman that will star in upcoming dungeon crawler Darksiders: Genesis. And it ain’t Tully Blanchard, it’s the rider of the White Horse himself, Strife.

Strife is the only member of the Four Horsemen of the Apocalypse yet to receive their own Darksiders adventure. As such, his inclusion as the co-protagonist of Darksiders: Genesis is a big deal for fans. Adept with firearms – with an equally quick-fire tongue to match – Strife is perhaps the most irreverent, even laid-back, member of the Horsemen, carrying the keen eyes and casual wit of an old gunslinger.

Set before the original Darksiders game, Genesis will allow one or two players to don the respective mantles of Strife and War, guiding the pair deep into the underworld on an assignment to track down Lucifer himself, currently upsetting “The Balance” by amassing his own demonic army for unknown, bur seemingly nefarious, reasons.

Darksiders Genesis launches on PC and Google Stadia on December 5, with PS4, Xbox One, and Nintendo Switch ports to follow on February 14.