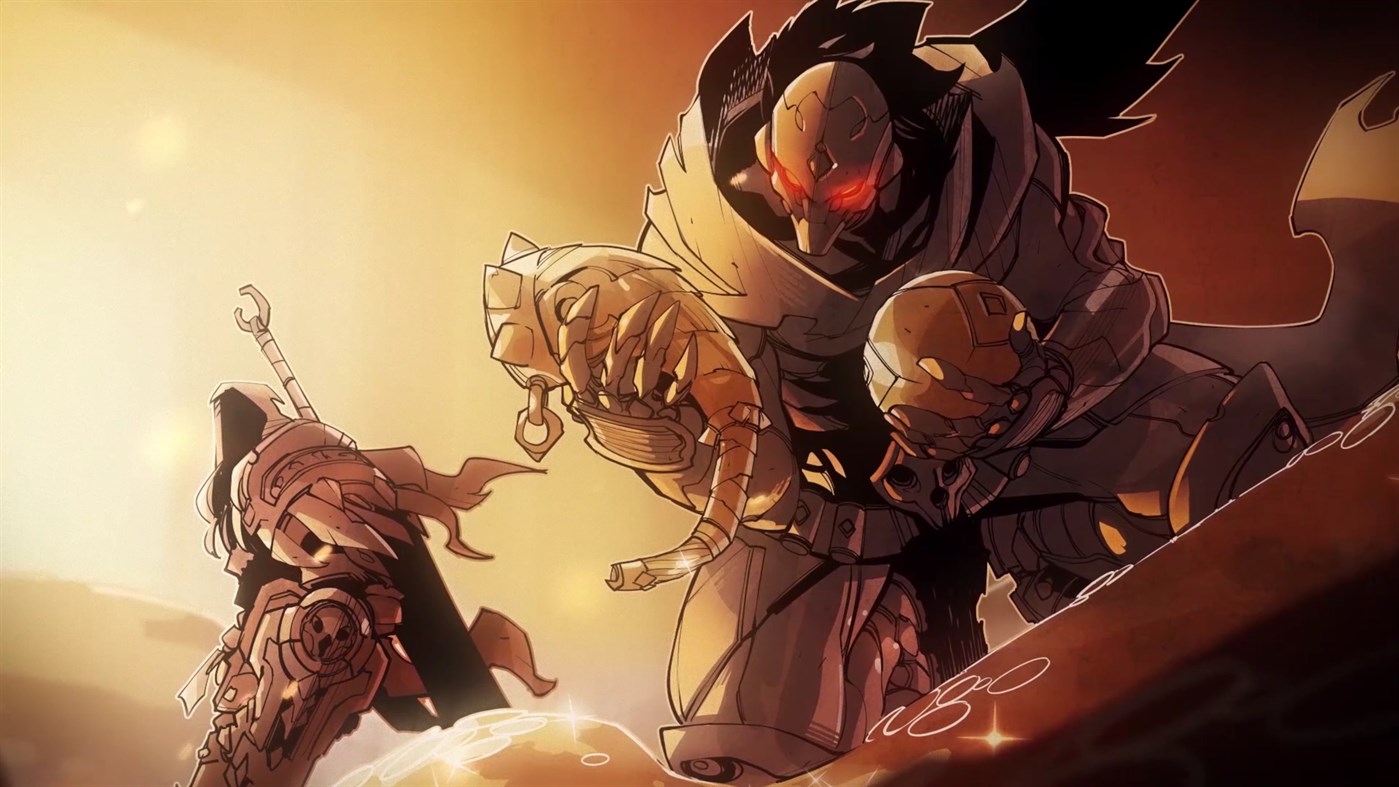 Hear me out because you’re going to think I’m a buffoon who knows nothing of romance: Darksiders Genesis — the edgiest series that retconned the Horsemen of the Apocalypse because pestilence and famine just weren’t cool enough — could be the game you play on Valentine’s Day.

Lovey dovey, it is not. Darksiders is not Lovers in a Dangerous Spacetime or Overcooked. It is not charming or cute or elegant. It is a franchise about stabbing both angels and demons with little discretion. If there were a fifth Horseman, he’d be named “Hell Yeah.” If there were a sixth, he’d be a pair of truck nutz come to life.

However, the latest game, a dungeon-crawling co-op romp, is damn fine as far as these things go. Chris told us that when Darksiders Genesis launched on PC in December. Now it’s on consoles, having released on PS4, Switch, and Xbox One today. It has both local and online cooperative play, which could be perfect for snuggling up on a couch and enjoying the antithesis of a romantic game.

And if that’s a tough sell to your partner, well, it’s tough to blame them. Maybe tomorrow or any of the other 364 days (Leap Year!) when it’s not Valentine’s Day.