[Update: In addition to a response from Vigil Games’ general manager, I received an email from an ex-Vigil employee who worked on game for 2+ years but did not receive credit. He says he’s not the only one. Updates are after the jump.]

After being unexpectedly fired by Vigil Games and having his life in shambles due to relocating, Darksiders II UI designer Xander Davis took to Twitter when he found out that his name didn’t make the credits of the game that caused him so much misery.

“What’s crazy is most aspiring game developers have no idea yet how shitty it is to work in triple-A. My life has been a nightmare for 3 yrs,” Davis tweeted last night. He said this is common in the industry and he isn’t the only one complaining about not being credited by THQ and Vigil. 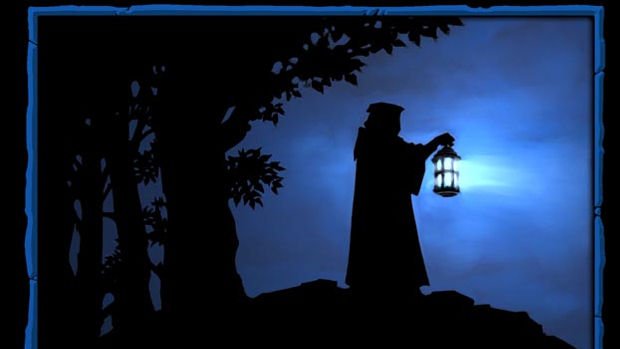 UPDATE 2: Here’s an email I received from a game designer who worked at Vigil on Darksiders 1 & 2. He requested his name not be posted for the time being.

My name’s pretty obvious by my email – it’s [redacted]. I am one of the uncredited folks (of which there are a lot) from Vigil Games that worked on Darksiders 2. In fact, you can find me in the credits of Darksiders 1. I worked on the sequel for over two years, and yes, it is disheartening to not be included in something that we worked so hard on. While Xander is rightfully upset, his anger is misguided. I worked directly with Herb on several occasions, and he’s a great guy that would never have screwed over a fellow developer by swooping in & stealing someone’s job. This is a small industry, and lets not taint the reputation of the individual because someone felt the need to lash out in anger. He was on contract by choice, and I dont’ know what the circumstances are that led to him receiving the title & position that he did in the end – I left Vigil on my own accord in late November.  I just want to point out that singling out a fellow employee is wrong under any circumstances, especially when it was so obviously the work of the head of the studio (David Adams). I would appreciate not being named in any publications on this matter unless someone sends a list of all those affected by this decision. That person won’t be me since I don’t want to drag my friends into this mess unwittingly. There are things that needed to be cleared up though.

UPDATE 1: We got in touch with Vigil Games general manager David Adams. Here’s what he had to say about Xander Davis and his allegations [full email at bottom of post]:

When we were forced to reduce staff due to the cancellation of a project, we worked hard to ensure every single person effected by the layoff received their credit in the game.  We did not include individuals whose employment terminated for any other reason, for example, being let go for documented poor performance.

To reiterate, Vigil’s primary concern while doing Darksiders II credits was that we credited team members that were affected by the recent downsizing.   We were not focused on the issue of employees that voluntarily left or were fired from the company.  We find it alarming that a former employee would personally attack and lie about other team members while falsely inflating his contribution to the game.

ORIGINAL STORY: “If I hadn’t said anything, nobody would’ve even noticed.  Who reads credits anyway? No one. I know it probably doesn’t even matter. But you know, what? I read them. It matters,” Davis said. “After the hell that I went through, after giving Vigil everything and more, like so many others, after doing my job and doing it well and leading with no support, in record time… once I saw the credits, I simply couldn’t stand to let that pass.” 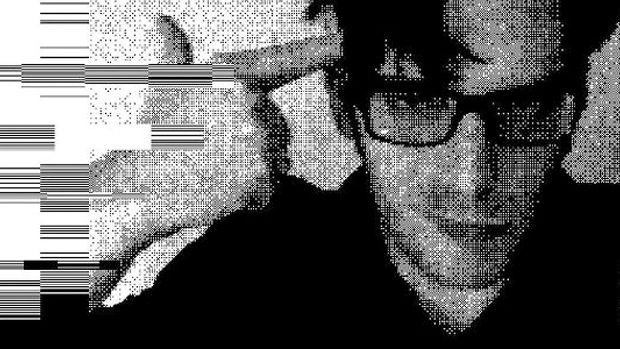 “In October, I interviewed at Vigil. They wanted to get someone out there as fast as possible because their UI was in a state of emergency,” Davis said. “I thought this was great! ‘They really like me!’ But no, they were just desperate to solve their problem and anyone would do.”

Before Davis started work, the Darksiders II‘s UI was led by one person who was barely managed by the studio, he said. The job lasted a lot shorter than he expected: four months. The hours were a lot longer too. Though he was working for a studio he respected with Joe Madureira, a comic book artist he admired, Davis was not thrilled.

He was tasked with recreating the UI system in 30 days, which he did. He led a team of three people, redesigned 27 screens, and made a new HUD. This was all done in 30 days, after which the game had 30 days to ship (before delays). So the developer changed the focus to adding new features, according to Davis. He wasn’t pleased with this decision. [“It’s like — how the fuck are you going to QA that & ensure it’s good!?”]

“Let’s say it’d be pretty crazy with 30 days left to ship to revamp gameplay UI with a team of three people. That’d be crazy at any studio. Despite completely revamping the UI, that wasn’t good enough,” Davis said. “Vigil kept pushing harder.” 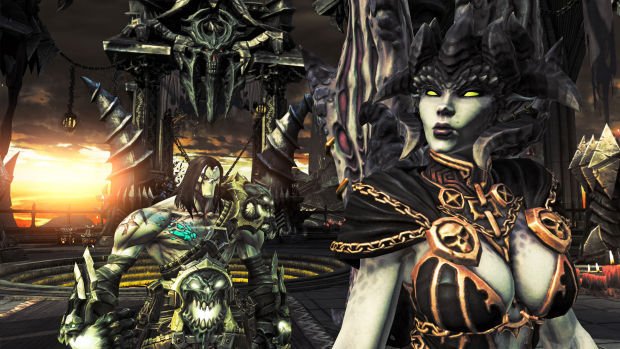 Davis worked until 2 AM every night in January. He was the only person left in the building. One night he fell asleep at his desk, woke up, and worked another 14-hour day on the weekend. Davis was fired. The UI work was passed to another guy who threatened to quit, until it eventually landed in the hands of a developer whose contract was going to expire in a month, Davis said. He expected this person to overhaul everything he did since he took Davis’ title of UI lead.

“Vigil had mass layoffs in March. Entire UI team was laid off. Credible source says they kept one on via retainer who was chummy w/ owners,” Davis posted on Twitter. “I was let go a month after DMO changed, they merged the other UI team, & Herb Ellwood swooped in & stole my job. After all my hard work. Herb Ellwood only had a contract with THQ. He used the team merging (which we needed to make ship) to secure a salary. Mine.”

Upon seeing the retail product, Davis said that the UI is 90% derivative of his work. Yet, he has no title in the credits at all.

“It’s no surprise to anyone, especially people that work at Vigil. They’ll tell you a lot of craziness went down,” Davis said. “It’s sometimes a nightmare. It’s common that this happens a lot in the game industry.” He added that the layoffs at Vigil continued as he looked for a job within and outside Austin.

In response, Davis is focusing his efforts on building his own game studio, Astrogun, while he does UI work on End of Nations. He is using his newfound freedom to create a soon-to-be-announced Ouya title.

“Triple-A studios have put me through some very dark times and I’m wondering why does triple-A talent have to put up with it now with UDK, Unity, and more platforms than ever. Why does anyone need to work in triple-A anymore?” Davis said. “I think as we go forward into the next generation, game dev talent will get sick of getting screwed over and being relocated from state to state. Why? When you can go do it yourself.”

Davis said several of his friends and ex-Vigil employees have posted on Facebook about not being in the credits as well. I have reached out to Vigil and THQ for response. If you too have worked on Darksiders II and have not received a credit, leave your story below or contact me at [email protected]

After ending yesterday with the successful launch of Darksiders II, we at Vigil Games woke up to get word of a former employee’s statements regarding how his contributions were not being accounted for in the credits of the game.  What was most disheartening about the statements was how misleading they were, and how they fly in the face of how Vigil, culturally, feels about and treats our teams.

While employment and privacy laws preclude us from discussing the circumstances surrounding the departure of any individual no longer with the company, we can confirm that the employee in question worked for us a total of 90 days, whereas Darksiders II was more than 2 ½ years in development.

When we were forced to reduce staff due to the cancellation of a project, we worked hard to ensure every single person effected by the layoff received their credit in the game.  We did not include individuals whose employment terminated for any other reason, for example, being let go for documented poor performance.

We believe we treat both current and former positive contributors to our studio like family, and any statements otherwise are highly inaccurate and can be verified as same.  We would ask any press who wish to report on this former employee’s statements to check the accuracy of these erroneous claims, before printing them as factual.

To reiterate, Vigil’s primary concern while doing Darksiders II credits was that we credited team members that were affected by the recent downsizing.   We were not focused on the issue of employees that voluntarily left or were fired from the company.  We find it alarming that a former employee would personally attack and lie about other team members while falsely inflating his contribution to the game.

We thank, once again, all those who positively contributed to Darksiders II.