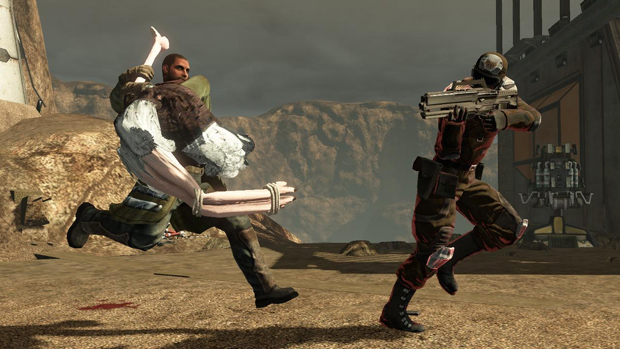 Nordic Games, the current owner of former THQ properties Darksiders and Red Faction, has plans to release compilations of both series in the second quarter of 2014.

Darksiders Collection (£34.99) packages both games and their DLC on PC, PlayStation 3, and Xbox 360, while Red Faction Collection (£24.99) includes the first game, Guerrilla, Armageddon, and the Path of War DLC for the latter game on PC and PS3. According to a statement given to Eurogamer, Nordic is skipping Xbox 360 because the collection “did not comply with some of [Microsoft’s] guidelines for such a pack,” whatever those might be.

The publisher also said to not take this as a sign of more sequels and that these re-releases “are a good way for us to keep a close eye on the community and if we were ever to go ahead with new game development in the franchises, their feedback will be eagerly received.” Nordic is, however, looking to remove Games for Windows Live from Red Faction: Guerrilla. Best news here!