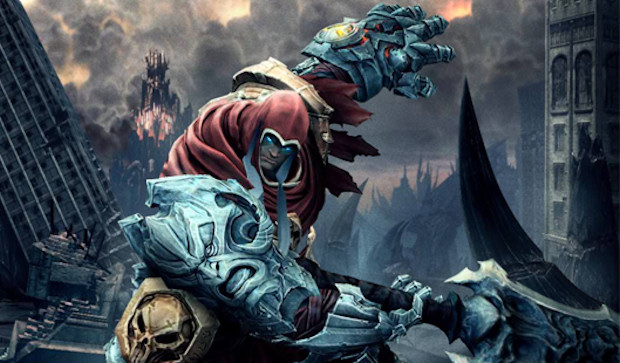 Steady on, THQ! The first Darksiders hasn’t even been released yet, but already there is talk of a Darksiders 2. Creative director Luis Gigliotti spilled the beans in an interview with GameAxis, where he also discussed the possibility of multiplayer coming to the post-apocalyptic brawler.

“We’re talking about it,” he stated. “Although nothing is confirmed, it could, it may have a multiplayer element to it.”

I had always assumed that Darksiders would be a franchise. The first game focuses on War, a re-imagined horseman of the apocalypse, and I figured that future games may focus on Pestilence, Famine and Death. Mind you, quite how you’d make a game about someone whose greatest ability is to make people hungry is beyond me.

Anyway, let’s wait patiently for the first game and see how well that does before thinking about sequels. Destructoid should be having some upcoming coverage of the game soon, so stay tuned to us in the coming weeks!