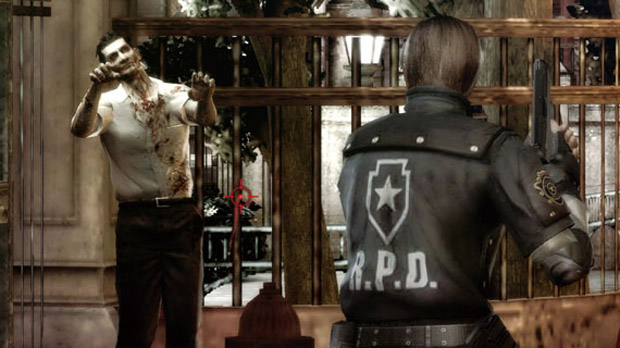 As a fan of Capcom’s earlier Wii title Resident Evil: Umbrella Chronicles, I’ve been looking forward to hearing more about the follow-up, called The Darkside Chronicles. We saw a trailer when the title was first announced, but this new one (below the jump) does a much better job of showing off the game in acton.

Instead of backstory, we’re getting lots of in-game footage here, and it all looks really good. See Leon (Leeeeoooonnnn!) with his cool flipped-to-the-side hair, in action, back in the late 1990s in Raccoon City. See Claire walk up the stairs in her promiscuous/conservative combination of daisy dukes and spandex shorts. See a crazy huge alligator go rawr. See a boss that you know is going to be a bitch to take down.

I don’t know about you, but I got a little motion sick while watching this trailer. That won’t stop me from looking forward to this game, though. What about you? Are you for the Chronicles series?