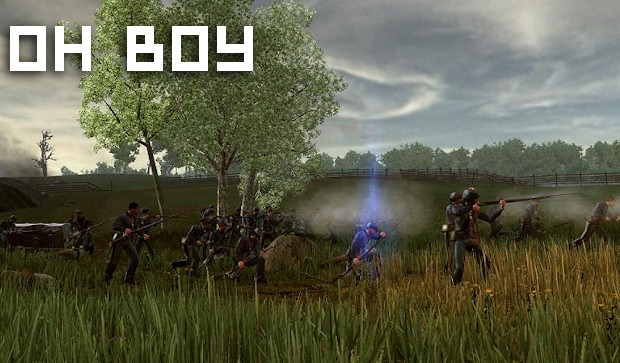 A new time traveling FPS from Phantom EFX has been shown for the first time since 2007 via MSNBC. Called Darkest of Days, players have to go back in time to deal with a mysterious force that has been craftily tinkering with history, placing important people in life-threatening situations so they cannot perform their historically ordained role.

An example given is during the American Civil War, where a supply sergeant who was supposed to survive the battle has been moved to a unit that gets thoroughly slaughtered, thus altering time. It’s up to the player to stop this crazy thing, and return time to normal through the most violent and bloody means possible.

It looks a bit rough right now, but I’m guessing it’s early footage and will be improved. The premise is really interesting and the action looks incredibly intense, so here’s hoping that we’ll see something really awesome from the team. We’ll be keeping an eye on this one.

Visit msnbc.com for Breaking News, World News, and News about the Economy