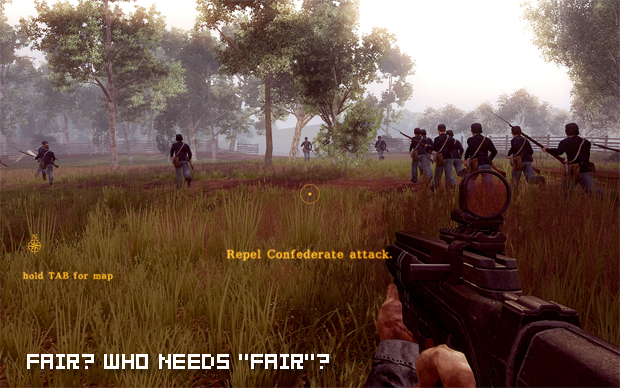 Darkest of Days, the game that allows players to relive history’s greatest battles with weapons from the future, is getting a juicy demo for PC tomorrow. Unlike the Batman: Arkham Asylum demo which was short and sweet, this one will weigh in at an hour of gameplay.

The PC demo gives access to two of the game’s battles, the Battle of Little Big Horn and the Battle of Antietam. Have you ever daydreamed about going back in time with a machine gun? Well, now you don’t have to.

Oh, and no word on an Xbox 360 demo, at least not yet. I wouldn’t be too shocked if one eventually comes out, though, so let’s all play the waiting game.