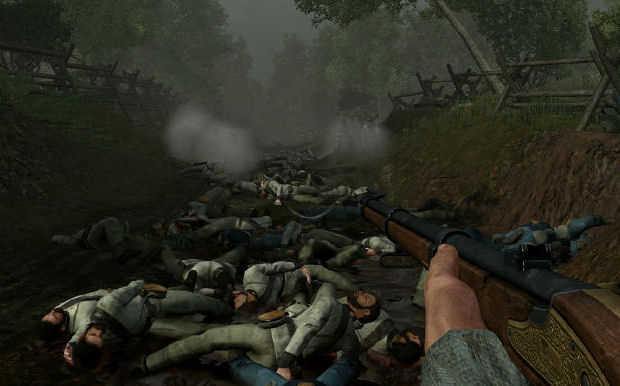 Darkest of Days, the worst first-person-shooter of this generation, is being adapted into what is sure to be a terrible movie. The time-traveling game that made no sense and played like Hell on Earth is being scripted by Douglas Cook and David Weisberg, with Joe Roth attached as producer. No, we are not joking.

In fairness, the game will probably be a better movie than a videogame, although the original premise will have to be altered considerably. The idea of an American Civil War soldier being teleported into the future and not going instantly insane or even thinking to question it was too big a stretch, even by videogame standards.

I really cannot believe this is a thing that’s happening, though.