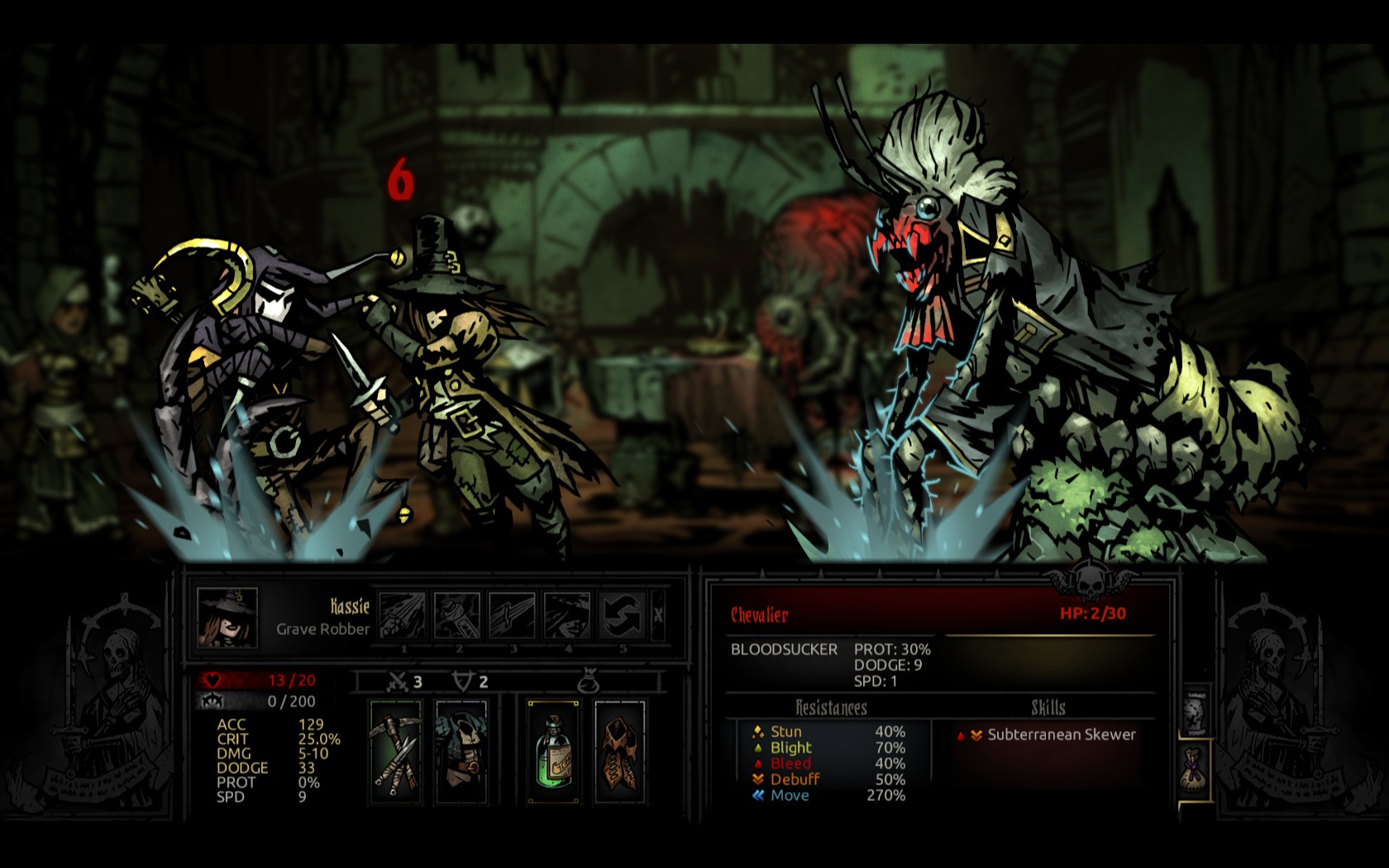 As I said in my review last week, Darkest Dungeon‘s pitiless expansion The Crimson Court is delightfully cruel. But, as with any experience designed to ride the razor edge between pleasure and pain, there are a few rough edges that stand out. Thankfully, Red Hook is breaking out the sandpaper and smoothing them down in the game’s latest developer update.

Most of the changes revolve around the Crimson Curse and some of the more RNG-dependant mechanics some players found aggravating. As it stands now, the all important vials of blood necessary to keep your cursed heroes alive are subject to the whims of chance as a random drop for defeating enemies, meaning some unlucky dice rolls could starve your heroes. To address this, the update plans to deliver a dependable method of farming vials through a Court-based mission. Of course, Red Hook never gives anything without taking something else away, so expect the frequency of random vial drops to go down when outside of that mission.

The update also addresses the frustration of being unable to advance through the Court quest line due to a lack of invitations. Now, every boss in the Courtyard will drop a invite on death, providing players with at least one guaranteed ticket to sample the next deadly mission. It doesn’t solve the problem completely, but it should go a long way to preventing dungeoneers from feeling like they’re stuck. 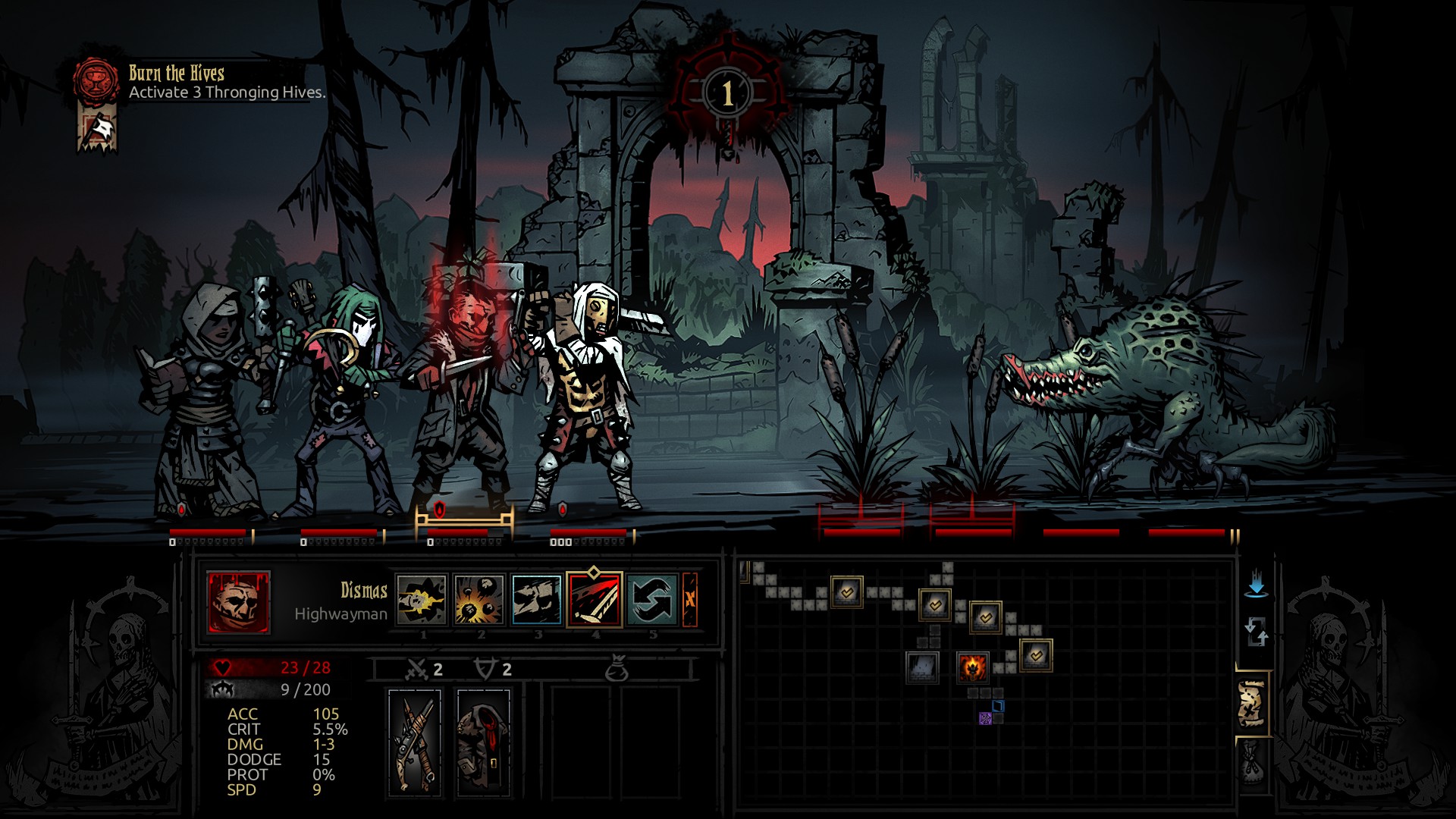 Speaking of frustration, the first Court mission that has been the ruin of many a party is getting a warning on the embark screen that maybe you shouldn’t bring a pack of total rookies to the ball. Interestingly, it seems like the Fanatic is being left pretty much as he is (overpowered and crushingly difficult), but the goodies you get for sending him off to hell will be a bit sweeter to compensate. As well as an expanded loot table, the old fiend will also drop “The Cure,” a tonic that lifts the Crimson Curse from a hero. Good stuff, but now I have to wonder, if the Fanatic hates vampires so much, why doesn’t he just splash his magic potion on my dudes instead of barbecuing them on a stake?

For Playstation fans though, the biggest news out of this update is confirmation on when they can finally get a taste of blood for PS4 and Vita. Red Hook is currently targeting August 22nd for a release date, so you have a little more than a month and a half to finish up your vanilla run before entering the flavor country that is The Crimson Court.