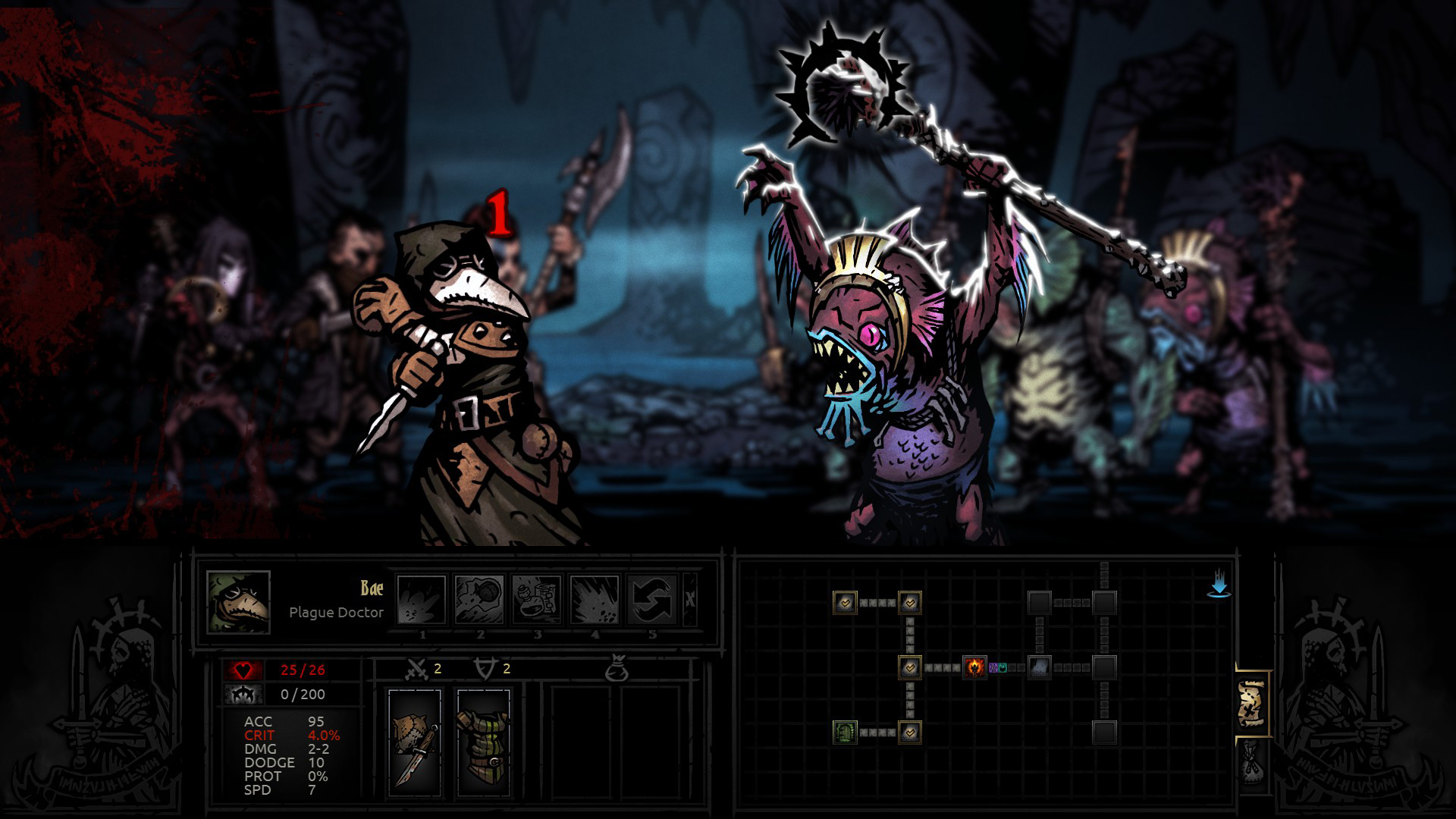 Eyes on the inside

Darkest Dungeon is bringing its madness-inducing dungeon crawling to PlayStation 4 and Vita in spring 2016. Those carrion eaters and shamblers are really going to pop on your TV!

Speaking of: the PS4 port will be playable at PlayStation Experience next month in San Francisco, if you’re going. I am not. Steven and Kyle and Zack are. They better hug and take pictures.

As for the Steam version of Darkest Dungeon, that’s still coming along in Early Access with a full release planned for January 19, 2016. I dig the general premise and art direction, but I’m holding off in the hope that some of the harsher mechanics will be made less frustrating.