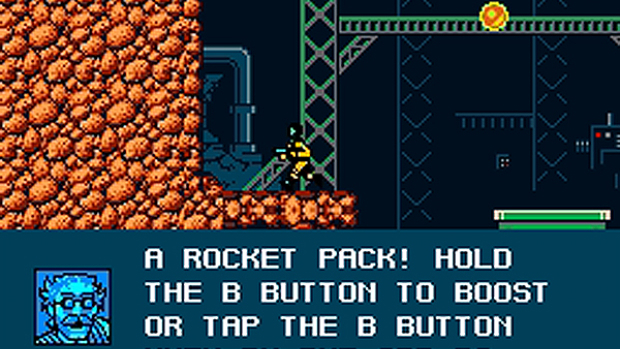 One of my most anticipated DS games of 2010 is Dark Void Zero. Why? Because I trust Capcom when it comes to NES-era gaming. Other than a few outliers like Street Fighter 2010, I loved just about every title they put out on the NES.

As poetic as it is in theory to be fueled by faith alone, it’s even better to have your pre-release videogame excitement powered by stuff you actually know. As always, Capcom-Unity manager Seth Killian is there to help. According to Seth, “Dark Void Zero feels to me a little like a cross between NES Bionic Commando in terms of level design, and Section Z in terms of mechanics. Good clean platform-y, shoot-y fun.” I hope it has a soundtrack to match. Bionic Commando and Section Z have amazing music.

Speaking of which, Dark Void Zero‘s soundtrack apparently had a lot to do with the game getting made in the first place. That whole PlayChoice-10 thing? Probably all a silly ruse. Seth says that “It [Dark Void Zero)] was one of those ideas that sort of started out as a joke while listening to Bear McCreary’s 8-bit mix of the Dark Void theme, like ‘wouldn’t it be funny if we did this?’… and then we actually did it.“