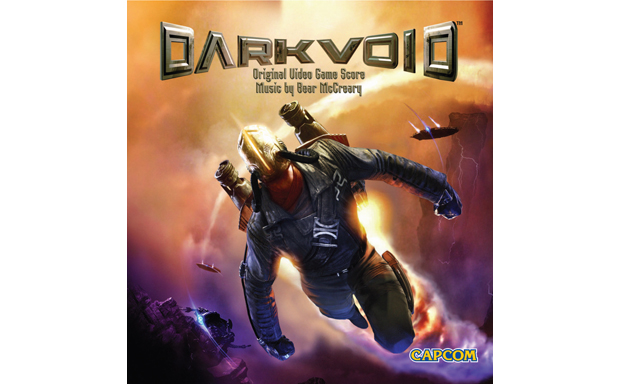 Composer Bear McCreary went all out on Dark Void, Capcom’s latest. Yeah, they got the guy who composed the score for TV’s Battlestar Galactica to do Dark Void. Awesome.

Bear (awesome name) assembled an orchestra and recorded at the Warner Bros. Eastwood Scoring Stage for this game. Again, going all out. All of this work is going to be on the soundtrack that will be released on February 9th, at both www.sumthingdigital.com and retail outlets.

Also included is a track from his 8-bit reworking of the Dark Void score for Dark Void Zero, the upcoming DSiWare game and prequel. “Theme from Dark Void (Mega Version)” is the selection. Chiptune, if you will. McCreary worked to cram his score down from a huge orchestra to something retro, and Original Sound Version has an interview with him that explains how this process took place.