Westworld, HBO’s latest attempt to replicate the success of Game of Thrones will be wrapping up its first season next Sunday. For those who have been following the twists and turns of the show so far, it will be a chance to tally up their predictions, to see which of their favorite fan theories come true or can be thrown in the trash.

If you aren’t among these viewers, I’ll bring you up to speed quickly. Westworld, to put it simply, is an elaborate theme park that aims to recreate the wild west. The park is staffed not by actors, but with synthetic, robot “hosts” who are so lifelike they are almost indistinguishable from real humans. In the fiction, people pay big bucks to saddle up in a pair of chaps and slap iron with robotic cowboys (among other less savory activities).

But, like Lost and Battlestar Galactica before it, the real appeal of Westworld for the viewers at home isn’t the shooting or horseback riding, but the slow unraveling of the park’s densely layered mysteries. Past the kitschy saloons and dancehall girl, there are hints at a deeper, more sinister game lurking beneath the surface. Obscure clues and vaguely menacing riddles hint at something mysteriously referred to as “the Maze”

What the Maze is or does is subject to interpretation. Some of the synthetic hosts (and their human handlers) seem to believe it’s the key to unlocking full sentience for the hosts and achieving some kind of freedom. Others, like the villainous Man in Black, an obsessive return visitor to the park, believe it will unlock a more meaningful level of the game, one with real stakes for the player and a more fulfilling purpose than murder-tourism. He’s been visiting the park for more than 30 years, piecing together the puzzle one clue at a time.

The Man in Black is a murdery/rapey jackass who I have no interest in rooting for. But, despite all the wanton murder and depravity, something about his journey in Westworld has struck me as strangely nostalgic. I recognized every beat — the subtle hints, the cryptic NPCs, the obsessive collection of theories and suspicious. I’ve already been to a Westworld of my own — it was called Dark Souls. 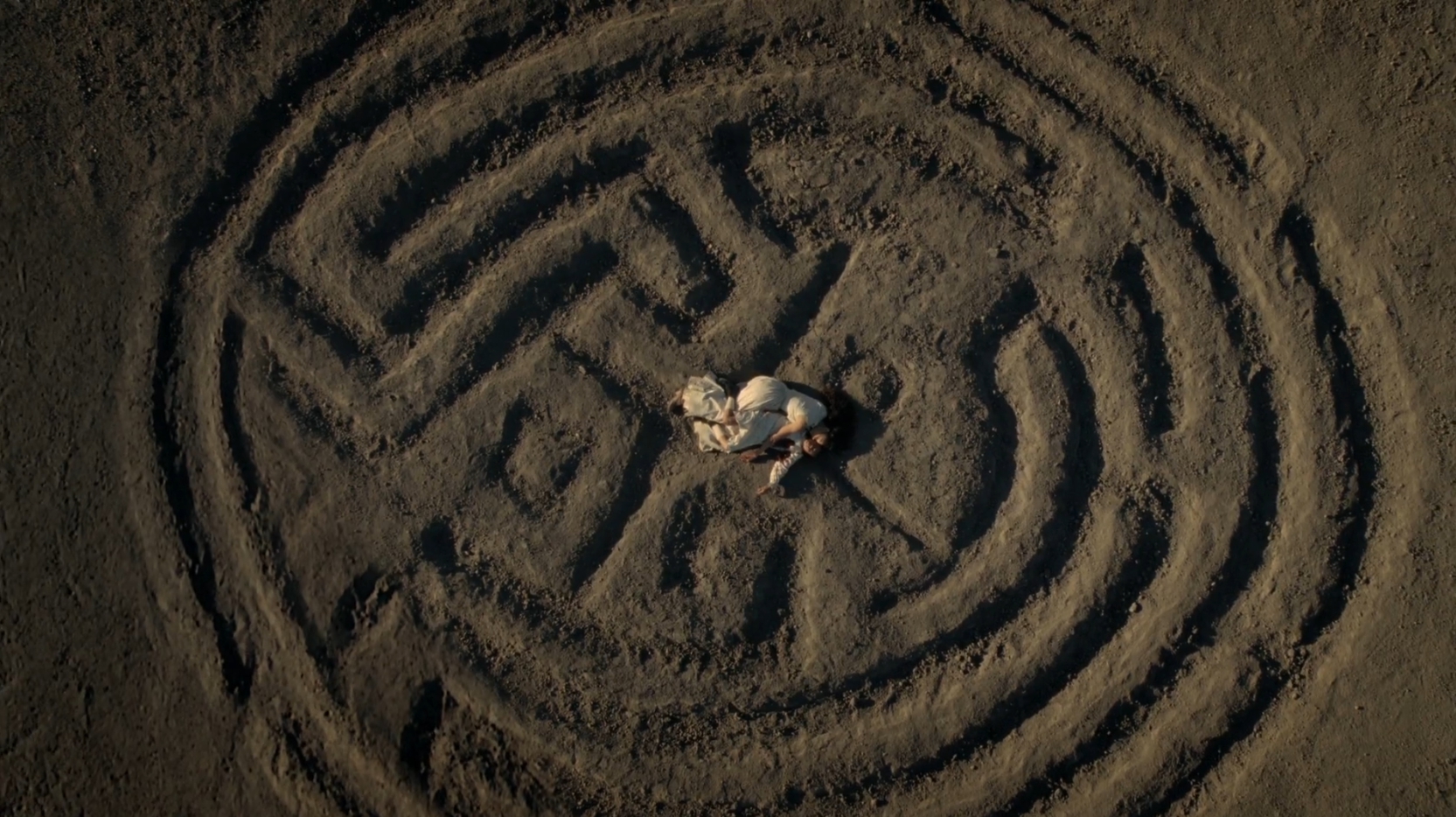 I’d never quite bought into a video game like I bought into Dark Souls. But, then again, at that time I never played anything quite like Dark Souls either. It was a unique beast, all of its own. Sure, super difficult games are a dime a dozen, as are games with impenetrable mechanics, and I’ve stumbled through plenty of RPGs that refused to hold the player’s hand or tell a simple, cohesive story before. But, Dark Souls somehow combined all of those elements with its own strange alchemy, mixing the ingredients while adding its own distinct air of forlorn desperation and futility. The result was a kind of captivating bizarreness, a curiosity I just couldn’t put down or get out of my head.

Dark Souls portioned out its secrets slowly. Of course, like everyone else, I was caught off guard by the obscure mechanics, poorly explained stat screen, and lack of direction. But, figuring out the basics, learning to speak the basic language of the world, turned out to be only the first step. Beating the game was simple, obvious even. The real Dark Souls only started when you began to pick it apart, unravel the game by its seams and dive into the rabbit hole, an abyss that only seemed to descend deeper with time. 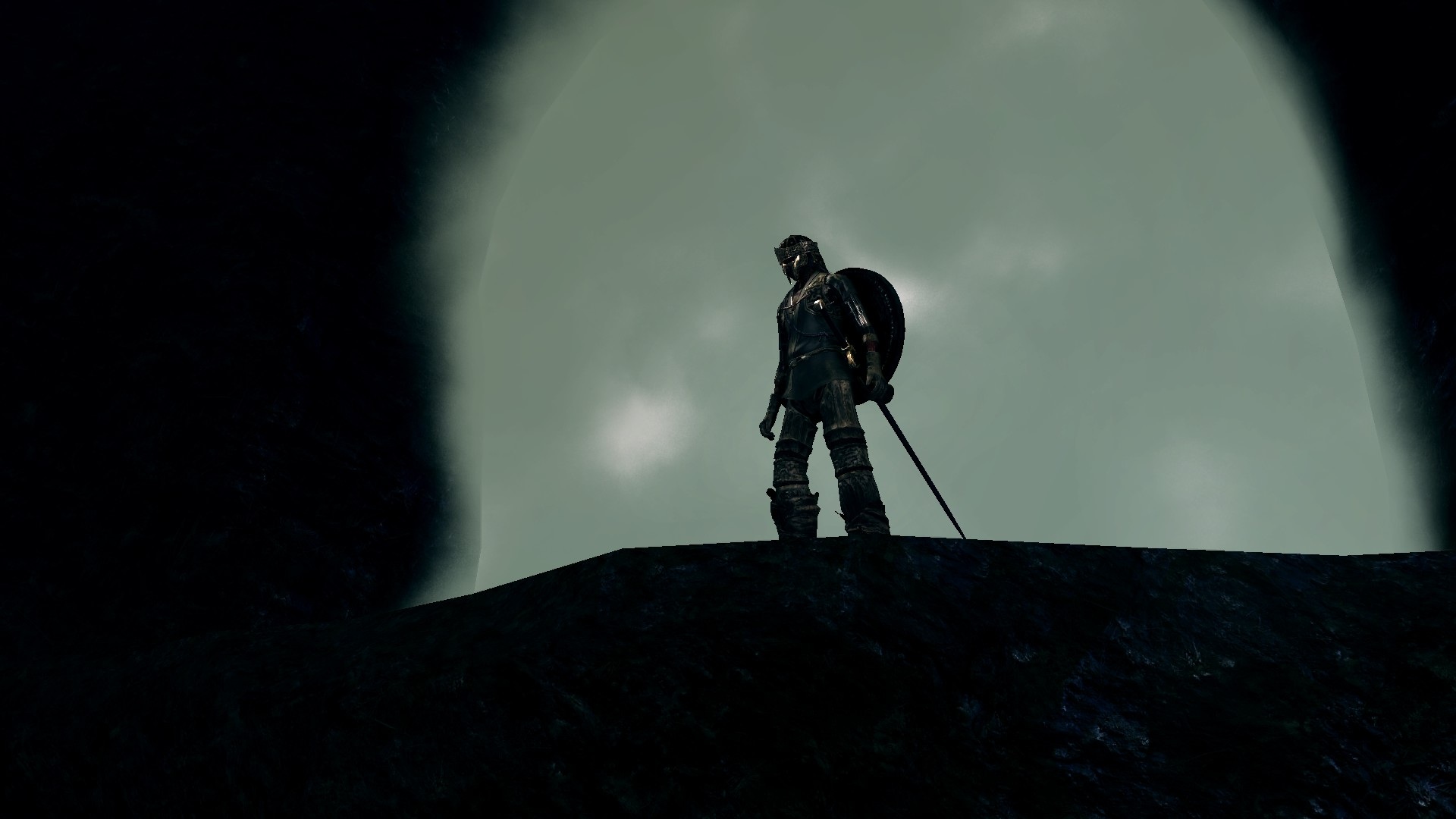 Now, five years later and five games deep in the franchise (counting Demon’s Souls and Bloodborne), it seems silly, but those first few months of Dark Souls were truly magical. It seemed like every other week somebody was finding something new and weird. Some new snippet of dialog from an NPC. An odd item interaction everyone else missed. Someone would post a fuzzy screenshot of a Vagrant, a rare enemy and interruption of Dark Souls‘ typically predictable flow that was spawned (presumably) by player’s dropping and discarding items in their own game, only for them to show up in another player’s game with pincers and tentacles. People would say it was a Photoshop hoax — only to have more convincing proof surface a few days later.

Dumb things, little things, it didn’t matter — every new reveal tugged at the imagination of what else could be hidden. The trick of throwing a talisman at a Mimic chest to lull it to sleep is old hat now, a well-known gimmick that’s made its way down through the series. But, at time it was a such a weird little detail that you wondered if there were more odd interactions like it, and the only way to be sure was to throw every item in your inventory at every enemy in the game. Such was the madness that gripped the Dark Souls community.

Weird moments like the reappearance of Griggs, the sorcerer’s apprentice. Griggs was a minor NPC who would disappear once a player bought all his spells and had no more use for him. Another disposable merchant. Imagine the surprise of the first player to find him, hollowed out and insane, in an obscure alcove in Sen’s Fortress. How many more secrets were there left to discover? 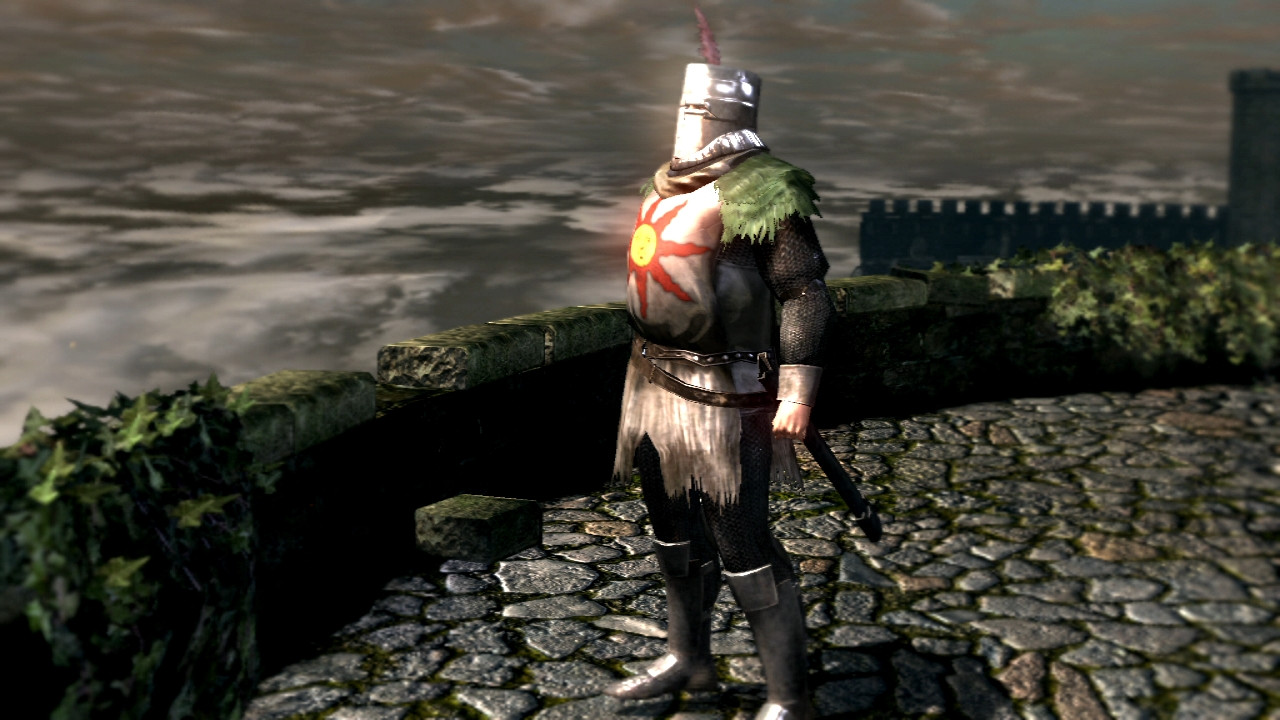 The basic structure of Dark Souls‘ world was so fragile and opaque that it felt like there was always more to find, but you had to handle it like spun glass. Just like Westworld’s Maze, quests in Dark Souls were never straightforward, even at the best of times. They relied on speaking with specific NPCs in a specific order, performing certain actions at key points without fail. Half the time the quest chains seemed to break anyway for whatever indiscernible reason. The lack of consistency, the constant doubt, played on the mind. How many more storylines were out there, waiting to be discovered? Where was the perfect chain of events that would reveal the mythical “real ending?”

Then of course there were the fakes, the red herrings and jokes spread around as pranks on the more gullible Chosen Undead. Dark Souls’ director Hidetaka Miyazaki arguably played the greatest one of all, slyly insinuating that the seemingly useless Pendant, one of the selectable starting “gifts” at character creation, played a role in unlocking a deeper mystery inside Dark Souls. Souls fanatics ran themselves ragged trying to figure it out, dropping the pendant in odd locations, on the bodies of dead NPCs, offering it to Gywn, the Lord of Cinder himself, in the final battle. Miyazaki later came out and confirmed it was a misdirection, and that he just wanted to give players a reason to experience the game without taking any kind of advantage off the start. Joke’s on us.

Even problems with the game seemed to lend more to its mystery than detract from the experience. Because the mechanics were so obscure, the way and the machinery of the world stubbornly murky, any bugs or glitches could be potentially dismissed as intentional reactions or clues. Take the fascinating, but unreliable multiplayer experience. The Gravelord covenant (a group that sowed misery in other player’s worlds by subjecting them to black phantom monsters) never seemed to work on the Xbox version of the game. But, rather than stand out as an example of shoddy code, it only added to their mystique. 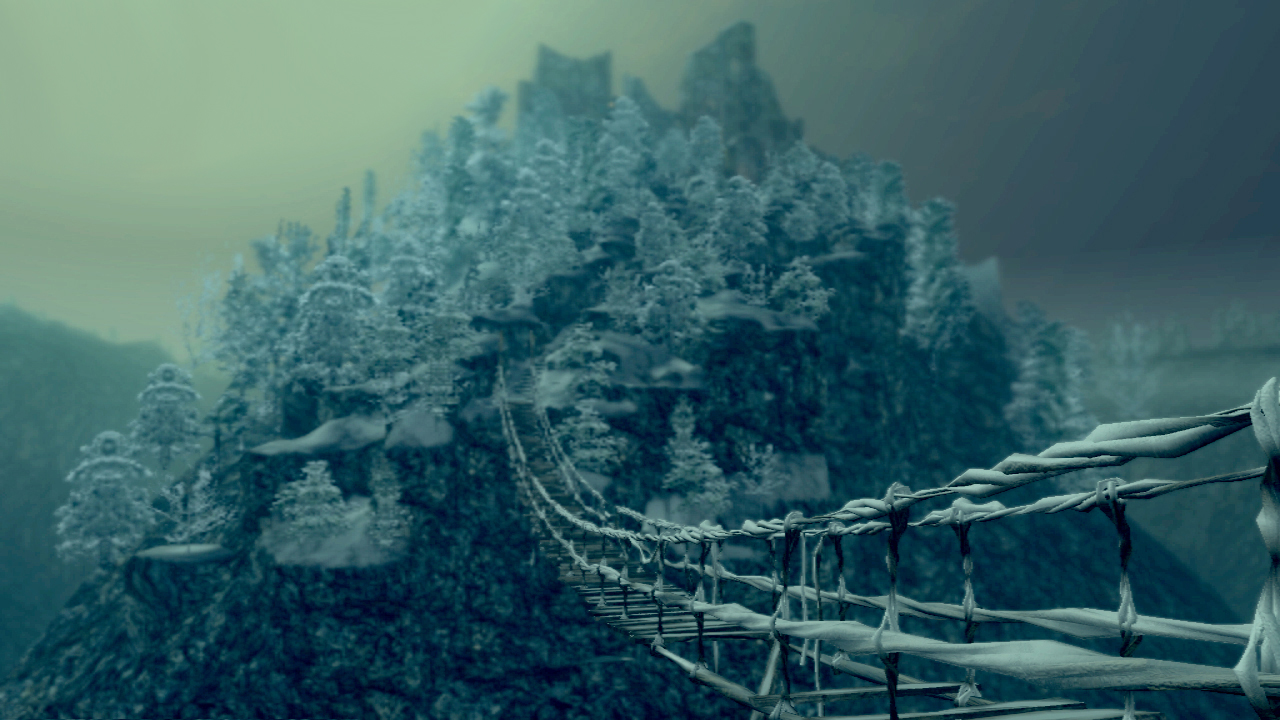 I played literally hundreds of hours of Dark Souls on the Xbox. I was invaded constantly, and summoned strangers for cooperation countless times, but, I was only cursed by the Gravelords once. When it happened though, it left an impression. I had the particular fortune of receiving the hex in the only area of the game that the player can’t leave at will: the Painted World of Ariamis. This was an area I knew like the back of my hand, a place I’d cleared out at least a dozen times before in other playthroughs. Suddenly, it was an entirely new and frightening expanse, a nightmare pit of black phantom wheel skeletons, cheap ambushes, and death. I spent all night picking and prodding at it, wondering why of all places this was where the curse took hold, speculating on how many other players would even get a chance to experience the Painted World like I had. It was special.

Of course, Dark Souls has long been deconstructed at this point. It’s been picked apart by its legions of fans, all the secrets laid bare and conveniently organized on wikis. It gave birth to an entire cottage industry of YouTubers sorting through its lore and background story, dramatically reading item descriptions and breathlessly speculating on character motivations. The raw bits of the game have been dumped out and data-dived, the dummied-out items and frayed snippets of dialog for quests that never quite made it into the game fully revealed. It was the inevitable, but still bittersweet, conclusion.

I never expected anything earth-shattering out of Dark Souls. There was no Maze to unlock some higher level of consciousness buried deep within Lordran — it was only ever a game. But even so, the answers still rung as sadly anticlimactic. The chase is always more fun than the catch. I’ll always treasure those early days of discovery, mystery, and endless speculation, even if the details of those answers slip away to the back of my mind.

There is a scene in Westworld where Dr. Robert Ford, the park’s creator and (somewhat sinister) visionary, opines about what draws people back to Westworld, what the guests truly find compelling. He says it isn’t the obvious things, the garish things like the fighting and sex. Instead, “it’s the subtleties, the details… [the guests] come back because they discover something they imagine no one else has ever noticed before.” If that isn’t the perfect description of Dark Souls’ mysterious appeal, I don’t know what is.