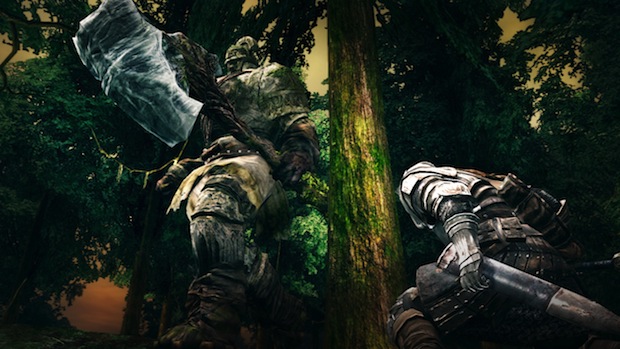 Namco Bandai’s coming out party for the PC version of Dark Souls almost went off without a hitch, but then we noticed the Games for Windows Live logo and the entire internet lost their sh*t. Forums lit up, petitions were signed, houses were razed. But you might want to stand down with your clubs and pitchforks, as there’s still hope for something other than GFWL.

In a Q&A session at a press event last week, Dark Souls producer Hidetaka Miyazaki gracefully handled the growing internet rage. He let on that they were aware of the fan outcry against using GFWL for Dark Souls: Prepare to Die Edition, but then he dumped the burden of answering a line of questions on a Namco Bandai representative.

According to Namco Bandai’s rep, who had had an easy day up until then as the person that played the game for these sessions, one of the reasons for the choice of Games for Windows Live connectivity is that they already have a running server up for the Xbox 360 version of Dark Souls. He said that this is “the main reason we’ve picked the Xbox Live server.”

But, leaving an out, he added, “The partnership is still ongoing, so we might have another announcement regarding publishing.”

Namco Bandai kind of left it open, saying that specs and distribution details have yet to be determined.

Man, it’s getting Steamy in here, isn’t it? Steam-y.