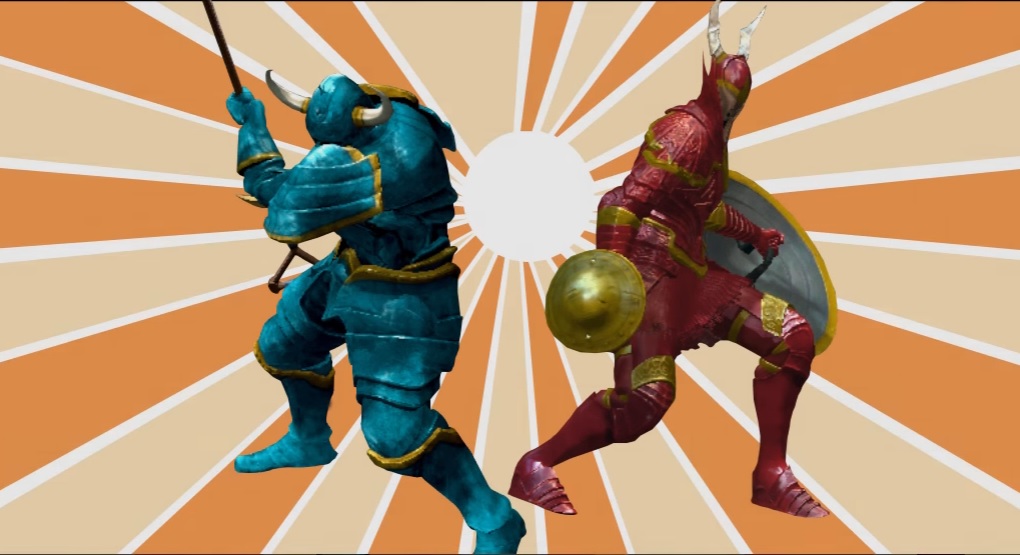 It’s said that the flow of time is convoluted in Lordran. Brave warriors come and go, weaving in and out of one another’s worlds to assist in combat or fight one for prizes. Dark Souls, with its strange inhabitants and fallen kingdoms, is no stranger to noble knights.

But until recently, there’s never been an undead hero who fought exclusively with a shovel. Redditor _Abject_ and the “Shovel Souls” mod have changed that, bringing Shovel Knight‘s blue-clad hero into FromSoftware’s acclaimed RPG.

_Abject_’s efforts to turn the landscape of Lordran into Shovel Knight’s next adventure are looking great so far. I’m keen to see how the finished project turns out, especially considering how rad a Black Iron Tarkus/Shovel Knight team would look.