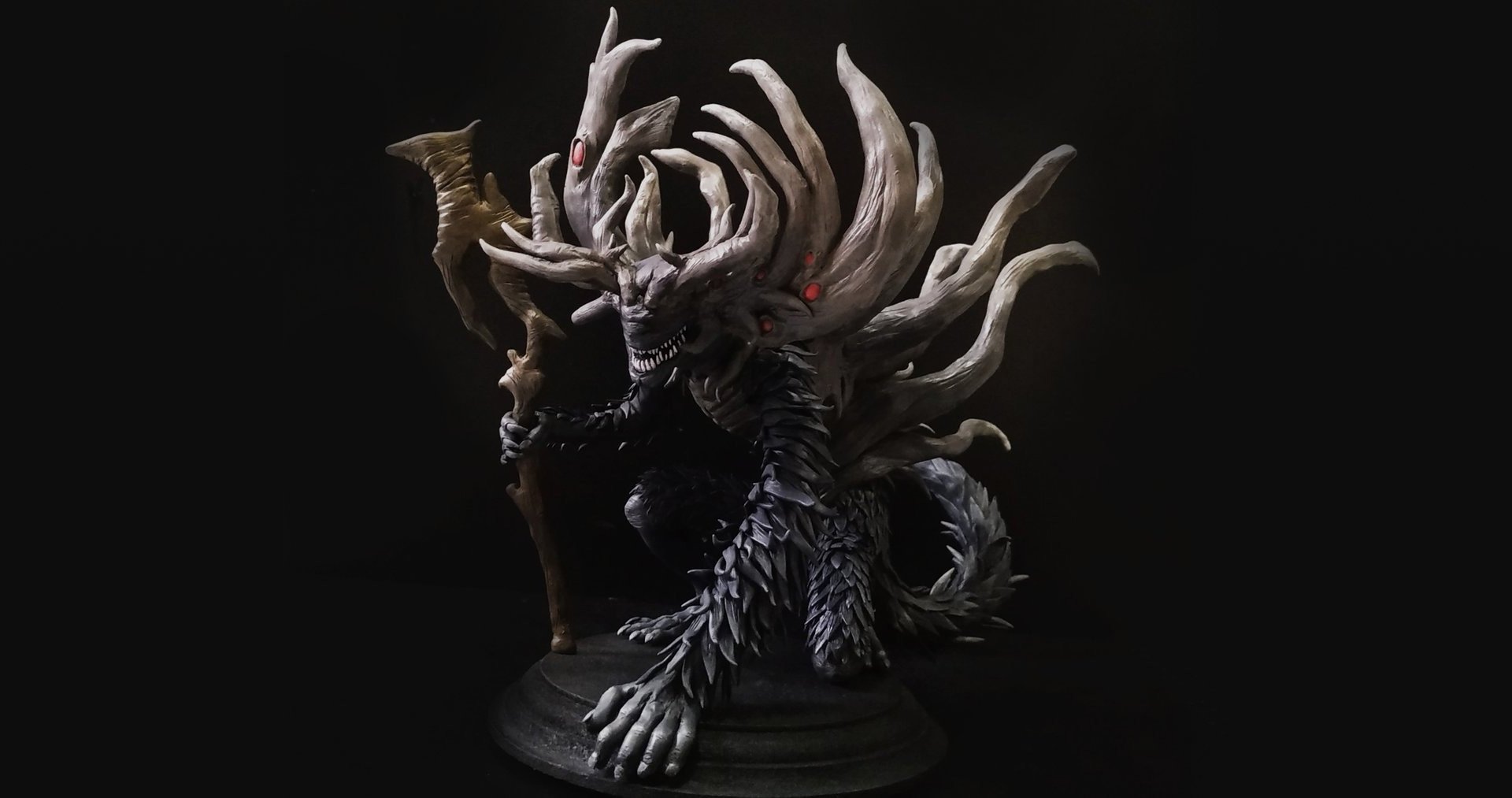 The Dark Souls trilogy is so full of memorable bosses that it’s tricky to pin down the best of the best without feeling guilty about snubbing worthy contenders. I mean, the runners-up list alone would put other games to shame. Manus, Father of the Abyss, is pretty high up there for me. His intimidating appearance is backed up by hard-hitting aggression, a one-two punch that fries my nerves.

Fighting Manus in a shroud of darkness was such a fitting end to the excellent Artorias of the Abyss, and I’m thrilled the expansion has gotten more love thanks to its inclusion in Dark Souls Remastered. But enough reminiscing. You’re here to see a wicked cool boss immortalized as a custom-made statue.

Manus is just the latest in a line of handmade boss sculptures from Owlburger. I love that sinister toothy grin and the detailing on his spiky coat. He’d look wonderful in a Dark Souls collection.

Owlburger has also tried their hand at recreating bosses from Bloodborne to similarly great effect. Ebrietas and Vicar Amelia are among my favorites, but there’s much more on the creator’s DeviantArt.

I’ve been looking for an excuse to cover their work, and Manus was my golden ticket. I’m a fan!