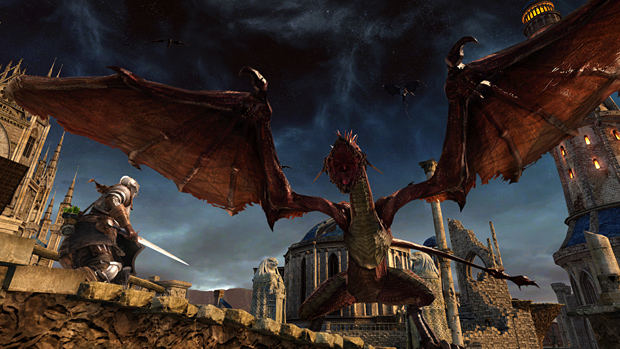 The glitch that wouldn’t die

In Dark Souls II, the speed with which weapons degrade is tied to the frame rate. That system wasn’t an issue for those of us who played the sequel on last-generation consoles, but it has been an annoyance for PC, PS4, and Xbox One players running the game at higher frame rates. Were we expecting From Software to ever fix it? I sure wasn’t. But I’m glad to be proven wrong.

Publisher Bandai Namco, speaking to Kotaku, said: “The fix will be issued for PS4, Steam and Xbox One, and will be apparent for people running the game at 60fps as the durability decrease rate is linked to the frame rate. We are still working on the exact release date for the patch, which will also fix additional issues not just durability, and will follow up with the date as soon as possible.”

Hearing this news, I’m extra thankful I’ve held off on downloading the Scholar of the First Sin remaster. I wanted to put Bloodborne behind me first to avoid jarring jumps back and forth between the two titles. At this point, I might as well continue waiting until the durability update goes live.