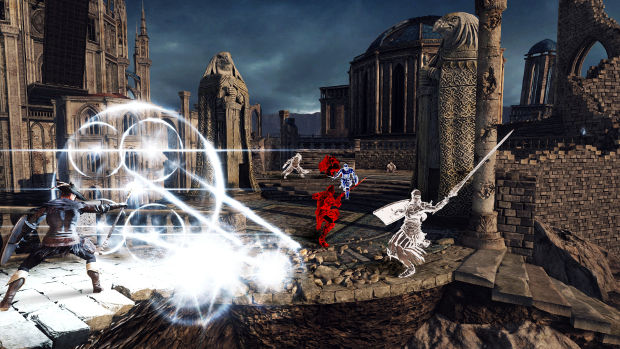 Not a whole lot going on this week

Dark Souls II‘s current-gen re-release Scholar of the First Sin found an opening in the Japanese sales charts and struck at an opportune moment. Most weeks, it would barely make a dent, but on this particular week, it was the pace-setter.

According to the most recent Media Create statistics (and published by 4Gamer), Scholar of the First Sin on PS4 was the best-selling videogame in Japan last week. It benefited from being the only new release in the top 20, and closed the week at 20,494 units moved. Second and third place are held by 3rd Super Robot Wars Z: Tengoku Hen, but its sales were fragmented between Vita and PS3 users.

For comparison’s sake, the top spot is often taken by a new game that breaks 100,000 copies sold. Last week, it was 3rd Super Robot Wars Z: Tengoku Hen with over 200,000 cumulative sales. But, a lull in the release schedule had some people giving attention to a re-release on consoles — a feat not easily accomplished in Japan.