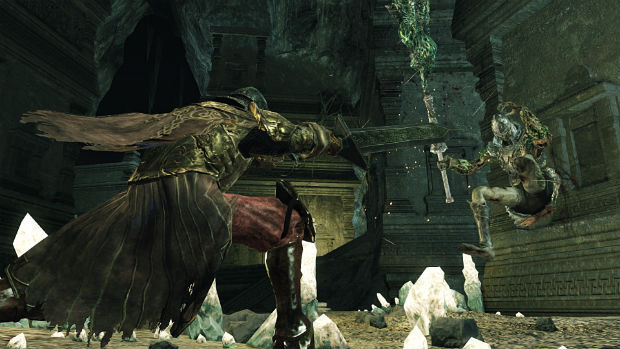 Fresh off its new Crown of the Sunken King DLC, From Software has updated and tweaked Dark Souls II for everyone. Weapons have been balanced (with extra or decreased damage depending on the item), and spells have been tweaked in the exact same way, but generally have better tracking capabilities.

Other housekeeping things have been fixed, like a hilarious glitch where the Dragonrider would fall off the arena at the start of the boss battle. You also can’t use health items in PVP arena fights, which is probably the biggest change in the patch — and thankfully, multiplayer matchmaking has been improved.