In the weeks leading up to E3, there have been some truly interesting leaks. Headlining that list is undoubtedly “Project Beast,” rumored to be the working title for the next From Software game. The next (Demon’s?) Souls. The return of series creator Hidetaka Miyazaki.

Please let this be real.

If you’ve seen the believable-looking images, feel free to join me in hoping this game pans out sooner than later — that, should it be legitimate, we don’t have to wait until Tokyo Game Show in September for an announcement. Having just recently cleared Dark Souls II and been somewhat underwhelmed by it, I’ve been thinking about why, and what I might want out of the next Souls title, Project Beast or otherwise. I’m sure you’ve thought about the topic before too. Let’s talk it out. 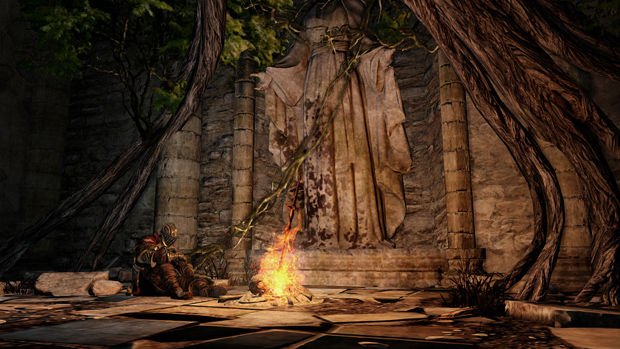 [Warning: Light spoilers ahead. Boss and location names from Demon’s Souls, Dark Souls, and Dark Souls II are named, but nothing too in-depth. The comments section will surely have detailed spoilers, though.]

On the whole, I enjoyed it, but there were issues both big and small that prevented me from enjoying the game to the extent I enjoyed Dark Souls and Demon’s Souls before it. The latter set the stage for many of us. It featured some truly inspired levels, like the still-gives-me-the-creeps Tower of Latria, and novel boss encounters, such as the Old Monk and Storm King.

Then we had Dark Souls, whose often times mind-blowing interconnected world, memorable art direction, fascinating lore (if you were willing to dig for it), and all-around good game design I’ll never forget. Gosh, Dark Souls is just the best. I was never going to like a sequel as much as it, I don’t think. Not when that game had such a profound impact on me.

It’s funny, in retrospect, that one of the bigger concerns with Dark Souls II leading up to release was its difficulty (or perceived lack thereof). That actually ended up being one aspect I didn’t have any major issues with. There’s even extra challenge to be found in optional stuff like Bonfire Ascetics to permanently strengthen foes, and rings that can be obtained by not dying or resting at a bonfire once. Also, those damn Ogres (cyclops) still give me trouble as a melee build.

Questionable hitboxes aside, I think From Software has mostly nailed down combat for the series. Online play — whether it be through summons, PvP, covenants, or simply message writing — is still fascinating, and I wonder why more single-player games don’t attempt to blur the lines like this series has. Overall, the Souls formula works. I can’t see me getting tired of it. 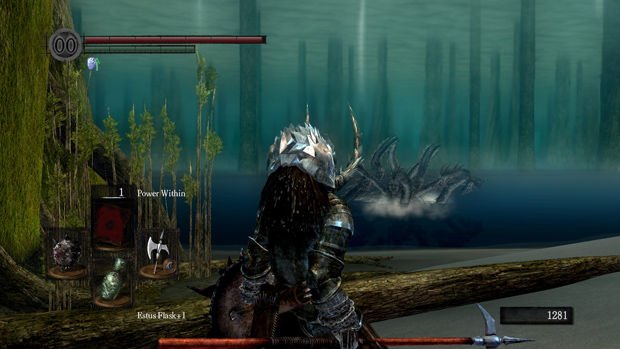 But for all its upgrades and tweaks, I found Dark Souls II to be lacking in terms of world and boss design compared to its remarkable predecessors.

The kingdom of Drangleic has its shining moments — whether it be a pirate-y port town with shadowy creepsters lurking about, water-logged ruins with brilliant illumination, or sky-high resting grounds for dragons — but they’re simply outnumbered by areas which feel as if they weren’t fully fleshed out. No-Man’s Wharf, Shrine of Amana, and Dragon Aerie were among my favorites for the sense of adventure and sheer dread they inspired deep within me from the moment they first came into sight. But we don’t need The Gutter and Black Gulch. One (or none) would’ve been fine.

I liked the convenience of being able to immediately warp between bonfires in Dark Souls II, however travel wasn’t problematic in Dark Souls given the way areas smartly weaved in and out, the way shortcuts flowed into one another. Lordran was full of memorable locales that were special on their own and made even more special due to the way they fit together. That setting was just so interesting to look at, from its lowest depths to its highest peaks, that I rarely found running through it to be a chore. Except for Blighttown. Fuck Blighttown.

I’m hesitant to call out any specific areas in Dark Souls II as being bad, because I don’t feel any are truly “bad” — just not memorable. Not as exciting. They’re lacking a certain imagination, a certain creativity that was prevalent in the prior games. Frankly, many of them are a blur. Perhaps I would’ve been more accepting of Drangleic if its demons were more interesting to look at and fight. Yes, the Demon of Song creeped me the eff out and I’m thankful for it. The Pursuer was a welcome wake-up call. The Looking Glass Knight intimidated me where many others could not.

But for all of those memorable encounters, we had to fight rehash after rehash and I’m starting to realize that this was my biggest letdown. Ornstein minus Smough. More gargoyles. A giant rat that jumps around an awful lot like Sif. Prowling Magus, the equivalent of Dark Souls‘ Pinwheel. And my least favorite: Dragonrider, a bland encounter early on that isn’t made more compelling when you have to fight two at once. From Software is capable of more than this. 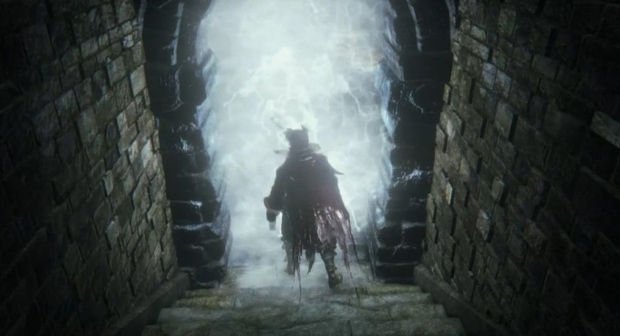 Even at its worst, this is still a tremendous series unlike any other. That said, after about 40 hours with the game and counting, I’m still unsure about initiating a new game plus. The preparations are made for round two, don’t get me wrong, but part of me would rather just dive back into Dark Souls again. Or maybe even Demon’s Souls; I’ve spent the least amount of time with it. My memory of its specifics, of its tricky spots and strategies, is fuzzy. The time is right, in other words.

Although Dark Souls II may be rich in content, a not-insignificant chunk of said content is anything but rich. It’s a step down — maybe not a huge step down, but a step nonetheless — and when it comes to quality vs. quantity, it’s clear which I’d rather have. Souls has caught on in a way I’m not even sure From Software could have predicted. There’s going to be more, and many of us want more — I just hope it doesn’t arrive too quickly, before it’s ready.

Will series creator Miyazaki return to lead the next game along with other notable From Software staffers who were absent from or less involved with Dark Souls II development? Will they save the day with imaginative designs and all-new concepts? Maybe! Probably. Even if they don’t, I’m hopeful the studio as a whole learned a hell of a lot on the project and can tighten its focus.

Yes, I was disappointed with some of the larger aspects of Dark Souls II, but it’s still one of my favorite games released this year. As for the rumored current-gen take on Souls in which you can possibly wield a shotgun? Of course I want that. Of course I’m on board. Don’t fail me, E3!