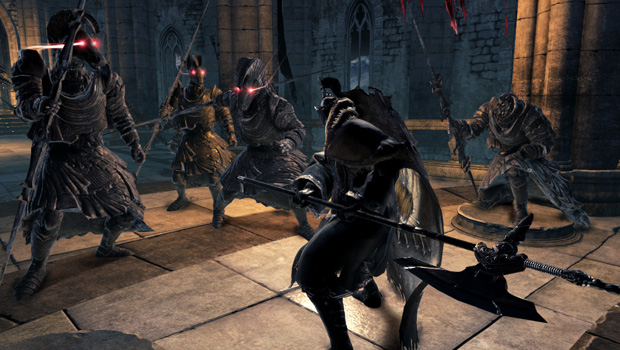 Conflicting statements on how the game’s story will be told

After reading the Edge Online interview with Dark Souls II co-director Tomohiro Shibuya earlier this year, I was curious as to how the game’s story would be told. He commented, “I’m hoping to make [story elements] a little bit more clear or directly expressed to the player as well – not just in the story, but messaging […] it will be more straightforward and more understandable.”

I was somewhat excited that Dark Souls II would feature a more fleshed out story and world lore as a result, but talking to co-director Yui Tanimura at E3 last week, he noted, “I don’t really have any intentions to change how the story is told. I think it’s an important part of the game for players to pick up certain pieces of information throughout the game; whether it be descriptions, items, whatever; and try to piece them together to try and create their own story. That methodology of storytelling, I think, is an important part of Dark Souls and I want to maintain it.”

So, it seems there’s a difference in personal preference among the producers. It will be interesting to see how it plays out, but I think I could be happy with the end result either way.

Is subtle better, as we’ve seen in past titles, or would you rather have things more spelled out?