I don’t know that I’d want to immortalize my fear with an extravagant statue, but this Dragon Slayer Ornstein statue from First 4 Figures is a sight to behold. I particularly like the detailing on the base.

The statue is a whopping 26.5″ tall and comes in a regular and exclusive edition, the latter of which has LED-lit lightning effects on the Dragonslayer Spear as well as an art print. Both statues cost $600 and are targeting a Q4 2018 release. Pre-orders are currently open at First 4 Figures. 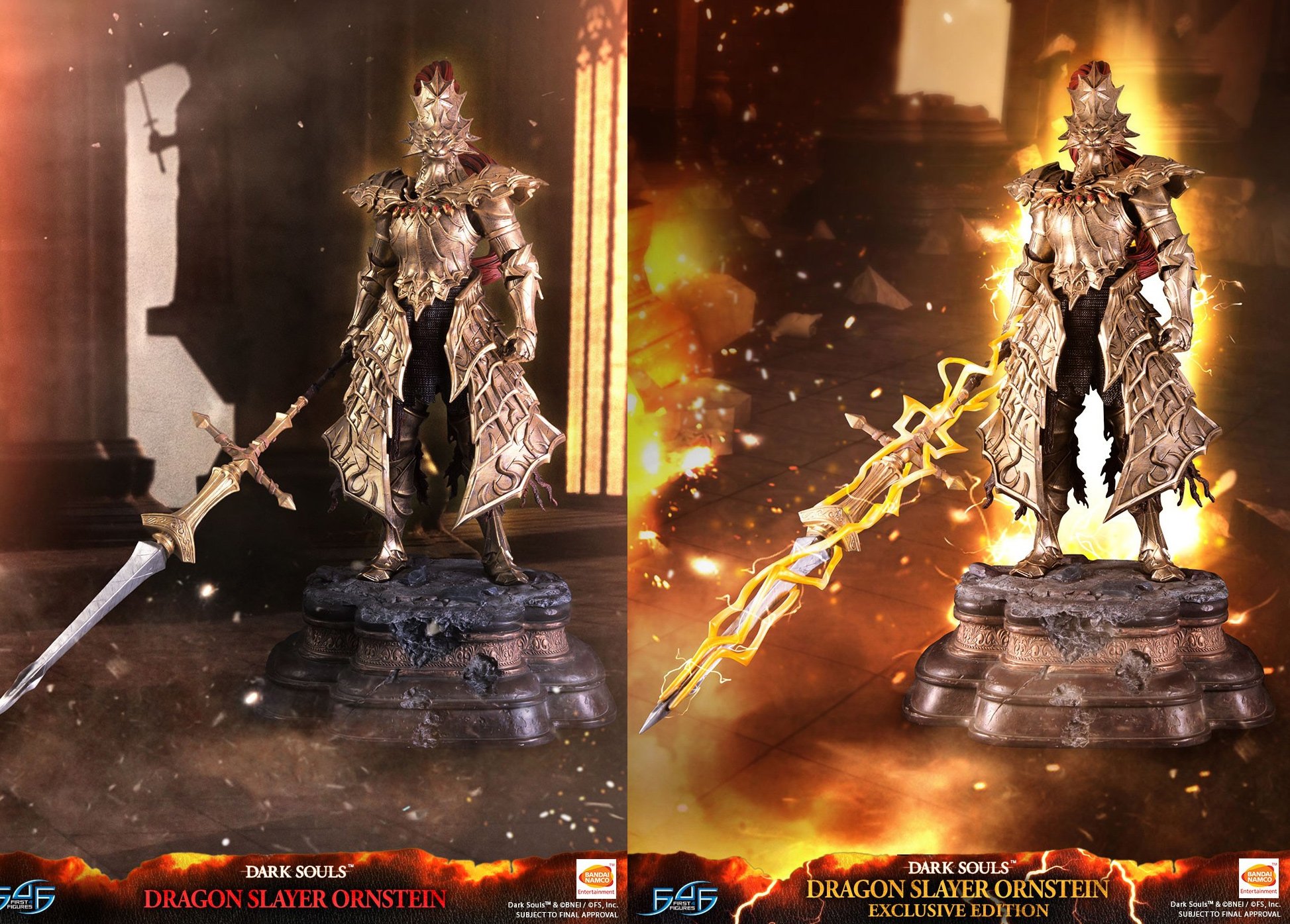 The timing here is great, what with Dark Souls fresh on our minds thanks to the upcoming remaster for PC, PS4, Xbox One, and Nintendo Switch. It’s been a while since I’ve played the original, so I’m partially excited to relive the adventure and partially dreading certain moments. Bring it, Ornstein.