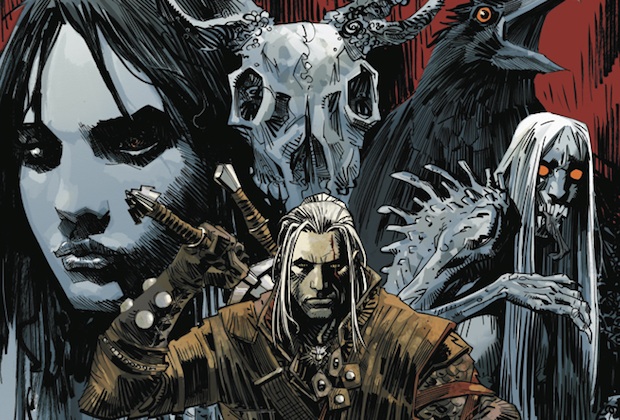 The Witcher fantasy RPG series gets a comic book out a collaboration between CD Projekt RED and Dark Horse Comics. So we’re going from novels to games to comics! Paul Tobin will cover writing, with art by Joe Querio and cover art by Dave Johnson.

Of course, this all ties in nicely with the release of The Witcher 3: Wild Hunt, which is set for 2014 on PC, PS4 and Xbox One.

Witcher #1 will be available on March 19, 2014 at your local comic shop. For now, let this cover art hold you over.