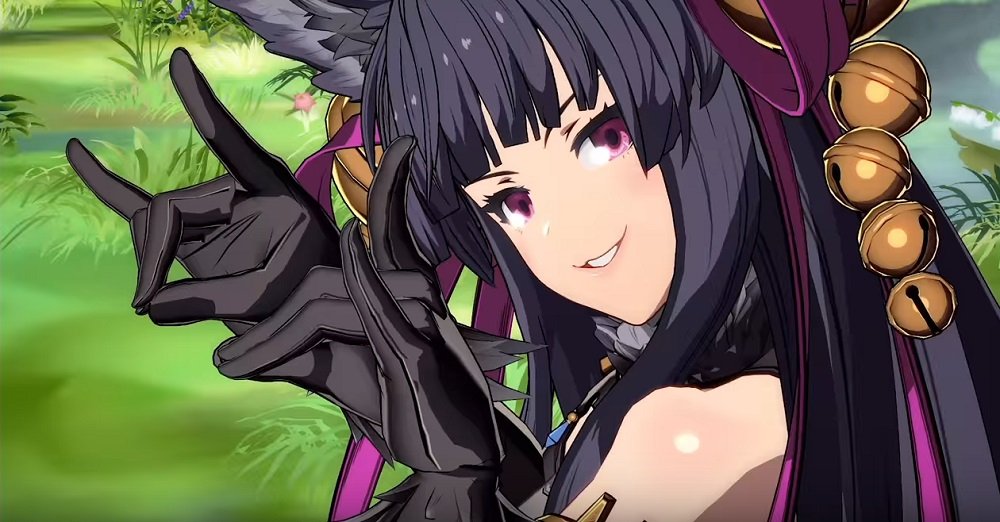 Publisher Arc System Works, in conjunction with developer CyGames, has revealed the third character headed to Granblue Fantasy: Versus as part of the gorgeous fighter’s second character pass. And this time around its none of than the daring adventurer, Yuel.

Yuel was announced in a brief teaser at the end of a new gameplay trailer, which gave us our first look at cheerful mage Cagliostro in action. Yuel is an extremely popular character among the Granblue Fantasy community, undoubtedly thanks to her teasing, femme-fatale nature. A brave and steadfast warrior on an epic journey to find a thousand-year-old treasure, Yuel is very easily distracted by the worlds, characters, and events she experiences while en route to her goal. She also throws up a pretty mean nWo Wolfpac signal.

As for Cagliostro, the young alchemist will launch in Granblue Fantasy: Versus tomorrow, October 20, bringing her ancient arcane powers to the fight. A “mistress of blades,” as it were, Cagliostro uses her magic skills to conjure up razor-sharp swords, spears, and whirring buzz saws on the battlefield, while staying out of her foe’s grasp with her frustrating teleport abilities. Don’t let her cute, wholesome demeanor fool you, this angry gal will cut you down in seconds flat.

Granblue Fantasy: Versus is available now on PC and PS4.