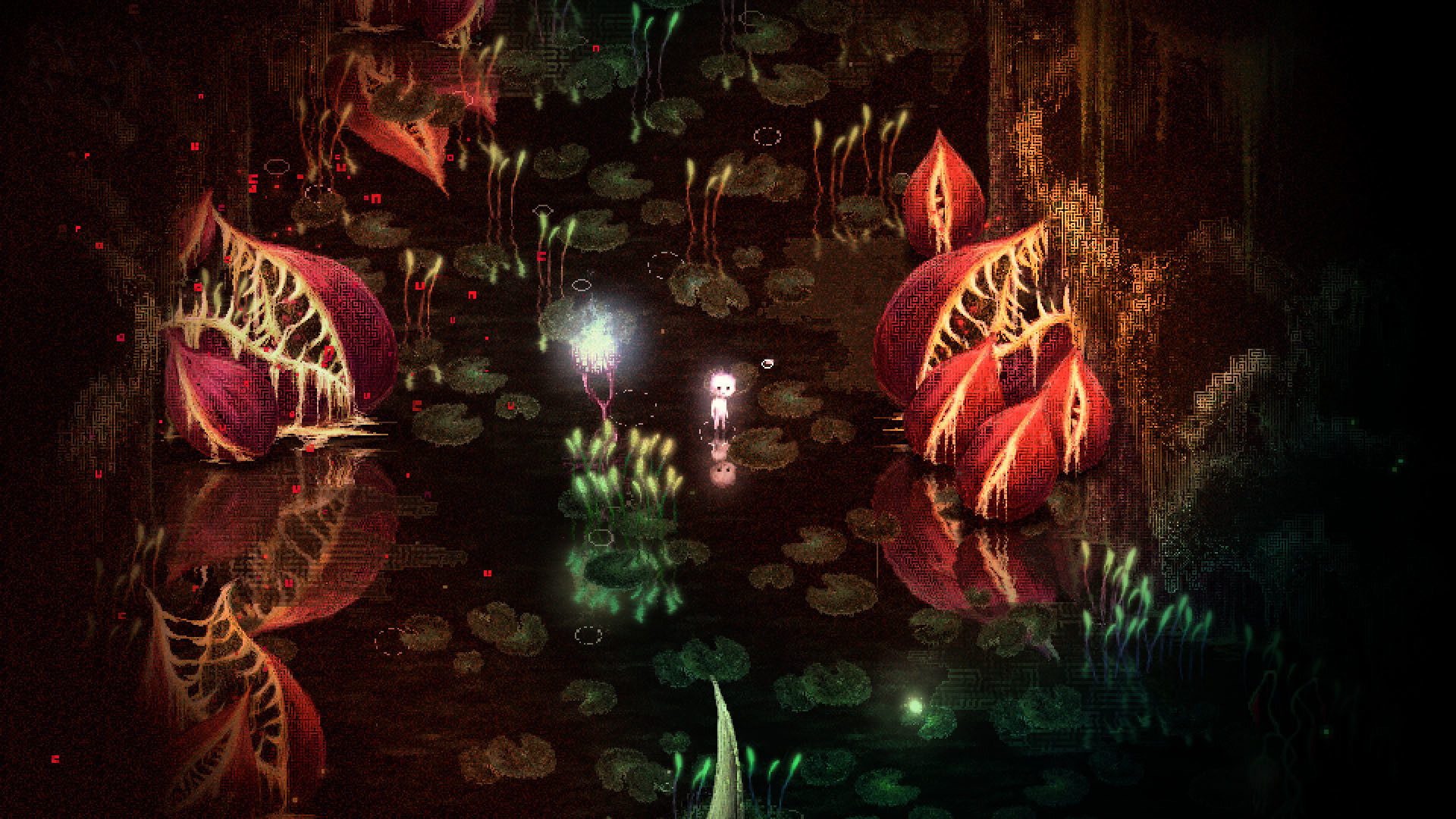 This isn’t your grandpappy’s Pikmin

Before watching this trailer, you’ll take one look at that title and go “…Dap?” Afterward, you’ll think “Oh, Dap!” Trust me, the punctuation mark makes a big difference.

Dap, a game you’ll far more easily remember once you hear the titular sound effect, is a “horror-action-adventure about gathering and protecting a pack of fragile creatures called Daps.” In very broad strokes, it has that Pikmin look about it — you’re running around a strange and haunting natural world with your little kin surrounding you, after all.

I wouldn’t say the vibe is too derivative, though. Dap looks super weird, and even creepy with those chase sequences. Around here, that’s a compliment. There’s ~weird~, and then there’s weird. You can see how it shakes out in a Prologue demo on Steam.

The standout attention-grabbers from the store page: “Ascend to the spirit world and tend your garden there, taking a much-needed break between levels. Meanwhile down on the ground, you’ll need to scavenge and craft in order to survive. Use every resource available to survive an existential ordeal. The more Daps you gather, the stronger the pack will become, but beware: Daps are not immune to infection. Linger too long in the wrong place and the pack will turn on itself, with horrific consequences.”

For me, that all translates to an uneasy, low-key on-edge feeling. For whatever reason — whether it’s the color palettes, sound design, or themes — I get a similar sensation from a lot of Sega Genesis games. Two that immediately come to mind, though you’ll probably only relate to the former: Ecco the Dolphin and Pitfall: The Mayan Adventure.

Dap will launch on September 29, and it’s expected to be around eight hours long.