Having recently played through some updated preview code of Visceral Games’ Dante’s Inferno, a question ate at me — what punishment could there be that’s worse than being in Hell?

The question comes from one of the game’s key gameplay elements — upgrading Dante’s abilities. Unlike titles like God of War or Darksiders where your only “finishing” option involves violent death, Dante’s Inferno offers you two choices — Punish or Absolve.

Absolve has you quickly tapping a button to use Dante’s cross to deliver creatures from Hell, an atonement for their sins. Punish, on the other hand, is an incredibly violent finishing maneuver that generally leads to bodies being shred into bits, or multiple limbs severed.

I recently had a chance to speak with the game’s executive producer, Jonathan Knight, to find out — wouldn’t the true punishment be to just leave them there to rot in Hell, writhing in endless torment and eternal suffering? Maybe.

But as it turns out, shredding things to pieces is a hell of a lot more satisfying, and that’s really what Dante’s Inferno is about. 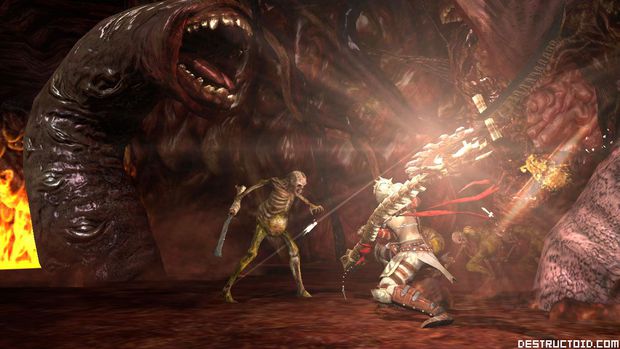 “There’s an argument to be made that in obliterating their soul forever, you’re actually doing them a favor,” Knight admits. “But in that moment, when a giant scythe is sticking into their face and coming out the back of their head, I’m guessing it feels like punishment.”

Knight makes a good point, and Dante’s Inferno has a wide range of animations and punishment variation to back it up. This thing gets torn in half. That thing gets the scythe in the face. This other thing gets pummeled with that same scythe’s handle. And let’s face it — this is a videogame, and tearing things apart in deliciously vicious ways is simply fun.

So why then would you want to Absolve anything? It’s in Dante’s Inferno‘s skill upgrade system. Killing enemies will unleash souls which act as currency for purchasing new abilities, but which abilities you can purchase is dependent on your “Holy” or “Unholy” level — punish an enemy, gain Unholy Righteousness, absolve them and earn Holy Righteousness.

Broken up into two parts of a traditional gaming skill tree, Unholy abilities generally deal with scythe-related combos, with Holy combos upgrading Dante’s cross combos. (Both tracks offer various other upgrades, such as health, as well.) While it won’t be necessary to commit to one side, it certainly won’t be possible to upgrade both in full by the game’s end. Trust me, I tried. 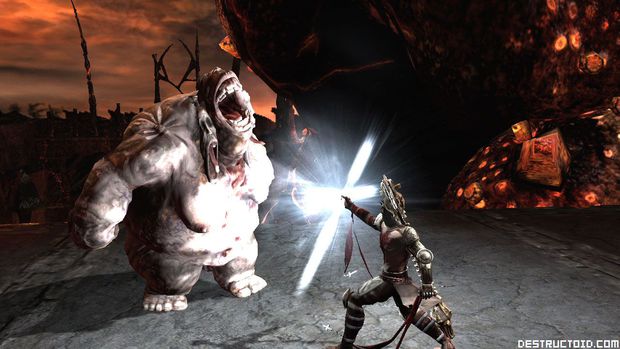 “You should be able to level up fully on one side or the other, in a single play through,” Knight explains. “but not both.”

You’ll also notice that it’s far faster to Punish enemies — it happens in a rapid series of quicktime events that allows the action to progress quickly. Absolving takes a bit longer for the player, slowing down the action. As Knight explains, this was intentional.

“We wanted the choice to be more than numerical in nature, it should be reflected in the animation, the weapon choice, the visual effects, etc.,” he tells me. “So that the choice truly influences your play style and play experience over the long run.  Either Dante is really a brutal bastard, a holy warrior, or a bit of both.”

Working my way down through the circles of hell, the imagery became even more twisted than was hinted at in the demo. Scalable walls made from the twisted bodies of the damned, creatures and demons with oozing orifices, newborns blades for arms, and monsters gaping, drooling maws. The word “sick” comes to mind, some coming close to pushing the boundaries of “too far.” But as Knight explains, the team did show some restraint. The design of one character in particular (whose name I’ll omit to avoid a potential spoiler) was scaled back because it was too, as Knight puts it, “distracting.”

“[Its] entire body was made up of sex organs,” he explains, “penises for fingers, that sort of thing. But that was part of our process… leveraging imaginitive concept artists to push the boundaries so that the game didn’t feel like a generic fantasy game, but a really twisted vision of hell.” 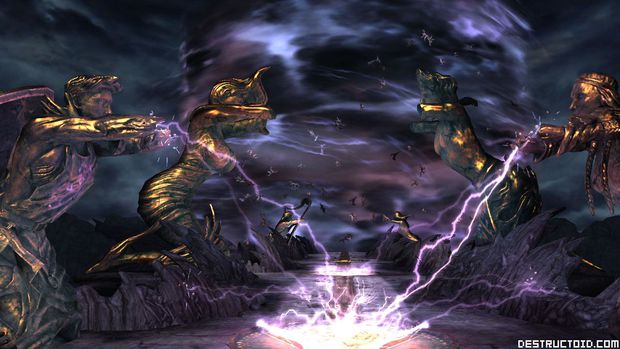 This twisted vision spills over into the game’s environments, directly inspired by the poem where possible.

“Most of the circles are well described in the poem,” Knight says. “Violence, the seventh circle, is described in great detail — the river of boiling blood, the centaurs, the wood of the suicides, the burning sands, the waterfall, and so on.”

In other cases, circles that were only briefly touched upon by Alighieri had to be fleshed out for the videogame, building upon ideas from the original work. Knight uses the the Lust storm, the mud and rain of Gluttony, and stones that crash against one another in Greed as examples. Inspiration from sources outside of the original work are seen throughout the game as well — Boticelli’s early Renaissance drawnings of The Divine Comedy, the illustrations of Gustave Dore, the sculpture’s of Rodin, the paintins of Bosch and Beughel. Visceral even worked closely with fantasy and science fiction illustrator Wayne Barlowe, who published his own interpretations of the Inferno in the late 90s. 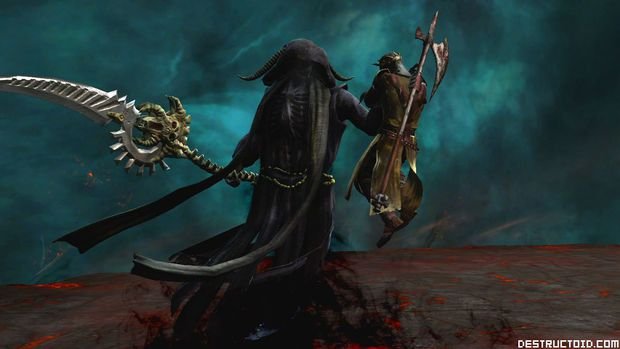 In action — whether playing it on the PlayStation 3 or Xbox 360 — it all comes to life at 60 frames per second, without exception. This focus on the technology was an early mandate, Knight tells me.

“I told the team almost on day one that we were going to make a 60fps game,” he says, “and this this was less a technology problem and more of a will-power problem. There was a lot of angst over this decision, we’re all now 100% confident it was the right decision, and don’t regret it for a moment.”

With that said, it looks like fans of fast-paced, third-person action and combat should head into the game expecting exactly that. But is Dante Alighieri’s Divine Comedy required reading before entering Visceral’s vision of hell? Knight says that call is up to the individual; he points to book to movie adaptations saying “Some people like to read books before seeing the movie version, and others don’t want it spoiled.” But in the case of Dante’s Inferno, the adaptation is “quite loose,” he explains. You won’t ruin any of the game’s major plot points and twists by reading the poem first, but you may recognize nods to the original work, like the three harpies above the Gates of Dis.

“We are aware that we’re making a game, first and foremost, and that the vast majority of our audience will not have read the poem, and won’t evne know how loose we are,” he says. “At the same time we have a great admiration for The Divine Comedy, and tried to include as many details — large and small — as we could.” 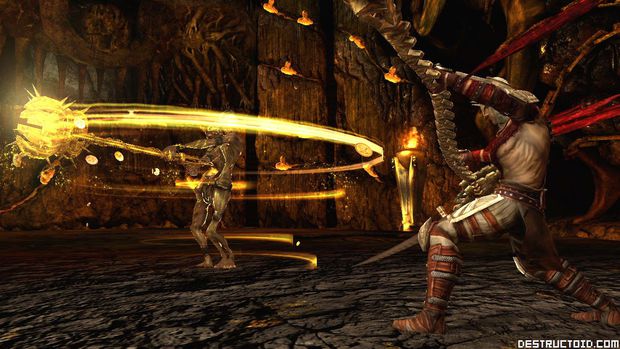 “Now, whether ‘Demon #5 that you slaughter is a character you can point to in the poem,” he tells me, “that’s not something we worried much about. Demon killing is what the game is about; if that’s not your cup of tea, then definitely curl up by the fire with the poem.”

But if you are interested in sticking a giant schthe into a demon’s face and having it come out the back of their head, Dante’s Inferno hits shelves on February 9 for PlayStation 3 and Xbox 360.