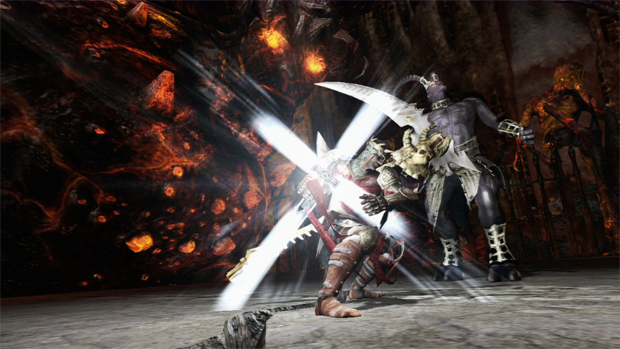 Wait a minute — Visceral’s action-adventure game Dante’s Inferno isn’t going to be released on PC? Huh? I had always just assumed such a version was in the works, seeing as how the game is miraculously coming to the PSP, but apparently that is not the case.

When nudged by Big Download for clarification, EA responded with the following statement: “When Dante’s Inferno was originally announced in December, we attached no platforms to the project. When we came out with a first look for press in February we announced 360/PS3 and then in April we announced PSP.”

“We never announced a PC SKU nor are there plans for any.” Harsh. Who knows, though. There’s always the off chance that Dante’s Inferno will meet sales expectations and get ported over to PC down the line, right?