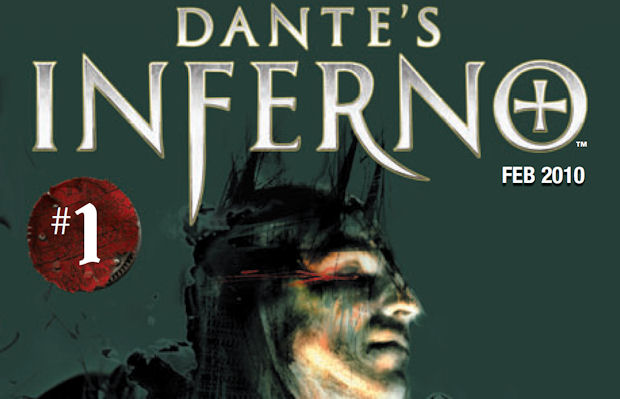 Dante’s Inferno has a comic book miniseries, and you can read the first part right here. Revolving around Dante’s girlfriend Beatrice, it sets the scene for the upcoming game from Visceral. There’s also plenty of blood and women in it, which makes it instantly better than any old poems I can think of.

The comic comes courtesy of DC Comics and Wildstorm, and will be a six-part miniseries to get you all set up for Dante’s inappropriately violent adventures through the seven levels of Hell. The first issue is out in stores now. so snap that up if you want a comic book based on a game based on a book.

DC Comics/WildStorm Productions and Electronic Arts will take comic book fans and gamers alike on a journey through the gates of Hell, with the release of the first issue in the six-issue comic miniseries, Dante’s Inferno, available now at comic book stores and retailers. Written by esteemed comic book writer Christo Gage (X-Men/Spider-Man, Wildcats) and featuring the highly stylized artwork of Diego Latorre (The Incredible Hulk). The first issue of the comic book portrays the murder of Dante’s beloved Beatrice, and his descent to hell to reclaim her soul

Created by Visceral Games, Dante’s Inferno is set in Dante Alighieri’s vividly imagined nine circles of hell – limbo, lust, gluttony, greed, anger, violence, heresy, fraud and treachery. Players take Dante on an epic descent through hell, battling their way through a terrifying gauntlet of demons to reclaim the soul of his beloved Beatrice. The Dante’s Inferno comic will highlight the action-packed moments in the game, and will also deliver more perspective on Beatrice’s experience, adding more depth to the game’s story and exploring more of the poem’s dramatic depiction of the underworld.

“We’ve been incredibly lucky to get the talented artists of WildStorm to contribute their inspired craft to the Dante’s Inferno epic,” says Dante’s Inferno senior producer, Justin Lambros. “The vivid artwork from Diego Latorre just screams out of the page, and Christo Gage’s thoughtful words breathe life and give soul to Dante and Beatrice. We can’t wait to see what gamers think of the comic, and we think comic fans will love the game once it hits stores on February 9.”

The videogame Dante’s Inferno, upon which the comic book was based, will be released for PlayStation®3 computer entertainment system, Xbox 360® videogame and entertainment system and Sony PSP® (PlayStation®Portable) on February 9, 2010. A free demo will be available for download on the PlayStation Network starting December 10, 2009, and on December 24th on Xbox Live. Dante’s Inferno is rated M for Mature by the ESRB and 18+ by PEGI. For more information on Dante’s Inferno, please follow Dante’s Inferno on Twitter at www.twitter.com/danteteam, and visit the game’s official web site at www.dantesinferno.com, where the team explores a new circle of hell, with new content and updates on the ninth day of every month.