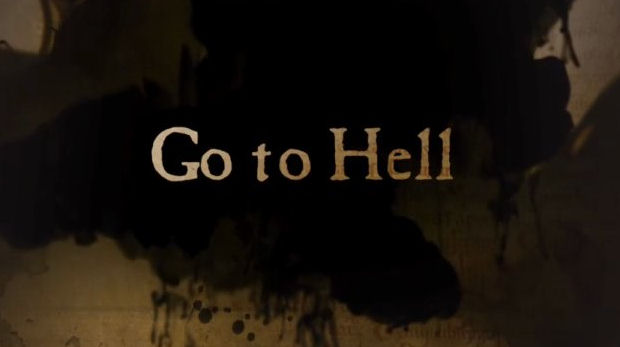 Dante’s Inferno is gearing up for one of the most prestigious advertising slots that America has to offer — a spot in the Super Bowl commercial lineup. However, there’s going to be a sacrifice in order to reach such a huge audience. Dante’s Inferno will not be able to use its infamous “Go to Hell” tagline.

“It was deemed too provocative,” explains promotional man Paulo Ribeiro. “The final verdict has yet to be rendered, but it is unlikely that we will get [it on the game.]”

Instead of telling the Super Bowl viewers to go to Hell, Dante’s Inferno will warn them that “Hell awaits.” Hopefully that will be enough to appease all the good ol’ fashioned Christians who are watching the football and likely shouting far more gratuitous things at the TV screen.

Not wholly unexpected news, considering the Super Bowl attracts about the lowest common denominator in American history — people who are upset and confused by shapes they don’t recognize, or words with more than one syllable in. The kind of people who need their information watered down into a thin, milky paste in order for them to fully comprehend it.

Basically, the kind of people who think American football is an entertaining sport.

EA’s ‘Go to Hell’ Tag Could Be Cast Out [AdWeek]