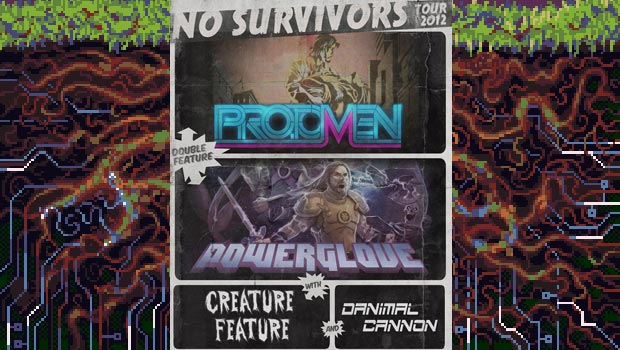 So hopefully everyone’s studied up on Danimal Cannon since since the release of his amazing chiptune album, Roots. In case you haven’t, he’s an incredibly talented guitarist and chiptune artist who’s performed with acts that you just may have heard of, namely Metroid Metal and Armcannon.

As it turns out, Danimal Cannon is going to have a very busy May, as we already heard he was going to be at Blipfest 2012. In addition to this performance, he’s also hitting the road with the Protomen, Powerglove, and Creature Feature for several stops throughout the Northeast, including shows in Massachusetts (May 18th), Pennsylvania (May 20th), Montreal (May 22nd), Toronto (May 23rd), and New York (May 24th). If you missed him at MAGFest and are in the area, you need to check him out!

In the meantime, check out Mr. Cannon’s Bandcamp page to wet your appetite and let us know if you’ll be making it out to any of the shows.