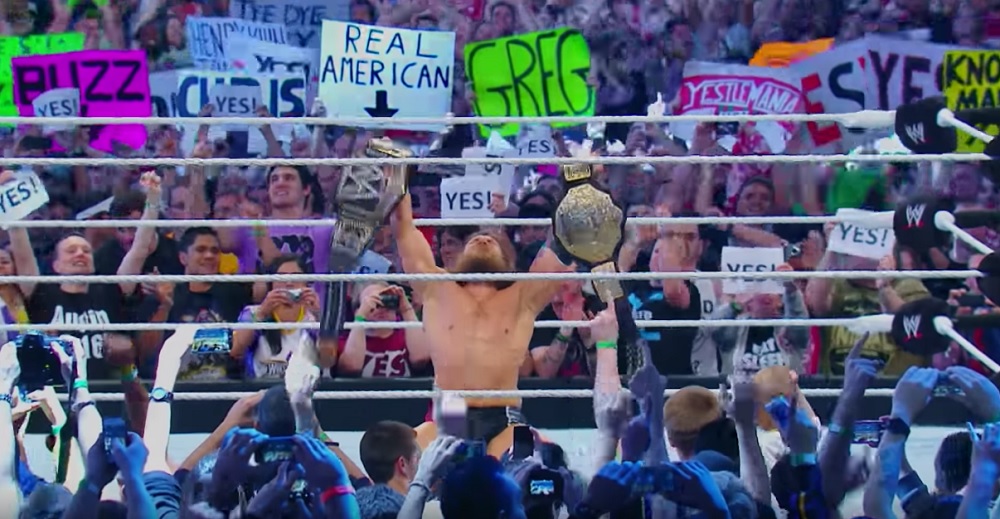 2K Games and WWE superstar Daniel Bryan have revealed Showcase mode will be returning in the upcoming wrasslin’ title WWE 2K19. The theme for this entry will focus on Bryan’s return to the ring after what was thought to be a permanent hiatus following injury.

The Showcase mode is WWE 2K‘s story mode of sorts, which follows the path of a singular wrestling legend, previous Showcase stars include Stone Cold Steve Austin and Brock Lesnar, though the mode was replaced in WWE 2K18 with the new “Road to Glory” campaign.

Daniel Bryan, or as we righteous wrestling wankers remember him, “The American Dragon” Brian Danielson, has had an incredible career, crisscrossing the globe and putting on five star matches every step of the way. Bryan’s return to the ring at Wrestlemania this year was a moment few saw happening, given the prognosis of his medical problems.

Players will guide Bryan through the course of his WWE run, including his time tagging with (Mayor of Knox County, Tennessee) Kane, his capturing the World Heavyweight Championship at Wrestlemania 30, and his triumphant return, where he and Shane McMahon took on the dastardly duo of Kevin Owens and Sami Zayn at Wrestlemania 34.