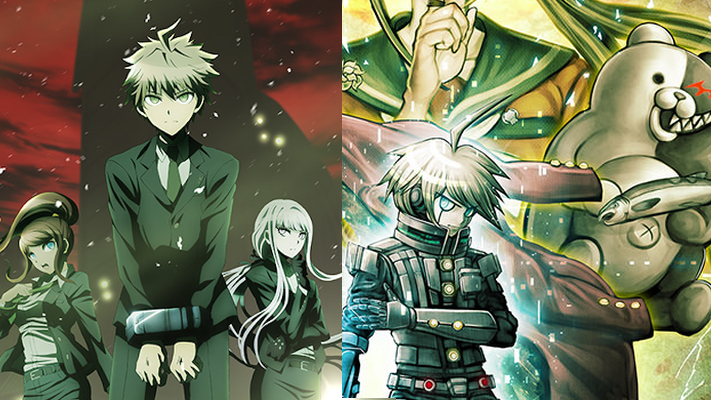 Two new Danganronpa projects have just been announced and I have no idea how I feel about either of them. For one, Danganronpa 3 is actually not a video game. It’s an anime, subtitled The End of Hope’s Peak, and will hypothetically bring the story of Danganronpa: Trigger Happy Havoc‘s survivors to a close.

Based on the teaser image for the anime, it appears Makoto Naegi will be answering for his actions in Danganronpa 2, which I won’t spoil because A) you should really play the best game of 2014 & B) we do not have enough bandwidth on the site for me to explain the story of Danganronpa. According to a Famitsu translation posted on NeoGAF, the show will “satisfy fans of the series, [using] tricks that can only be done in anime.”

We also have a handful of new details regarding New Danganronpa V3, the next video game in this franchise. The same GAF translation notes that V3 will focus on bluffing as a player mechanic. “The trials this time will rely on lying to take down your opponent’s arguments,” GAF user GSR writes.

Every robot animal seen in the games to date will appear, including Monomi (which doesn’t make sense, see previous comments regarding Danganronpa 2) and series mascot Monokuma. New Danganronpa V3 will be coming to PlayStation 4 and PS Vita in 2016, according to a previous announcement.

What little I gleaned from the respective trailers seems to indicate Ultimate Despair will be the arc villains going forward, with the Hope’s Peak gang left behind. I can get behind that; it’s hard to shoehorn high schoolers into the same situation over and over, but I’d still like to see the original crew in a support role going forward. Also, is that a robot clone of Makoto headlining V3? Hell yeah, actually.