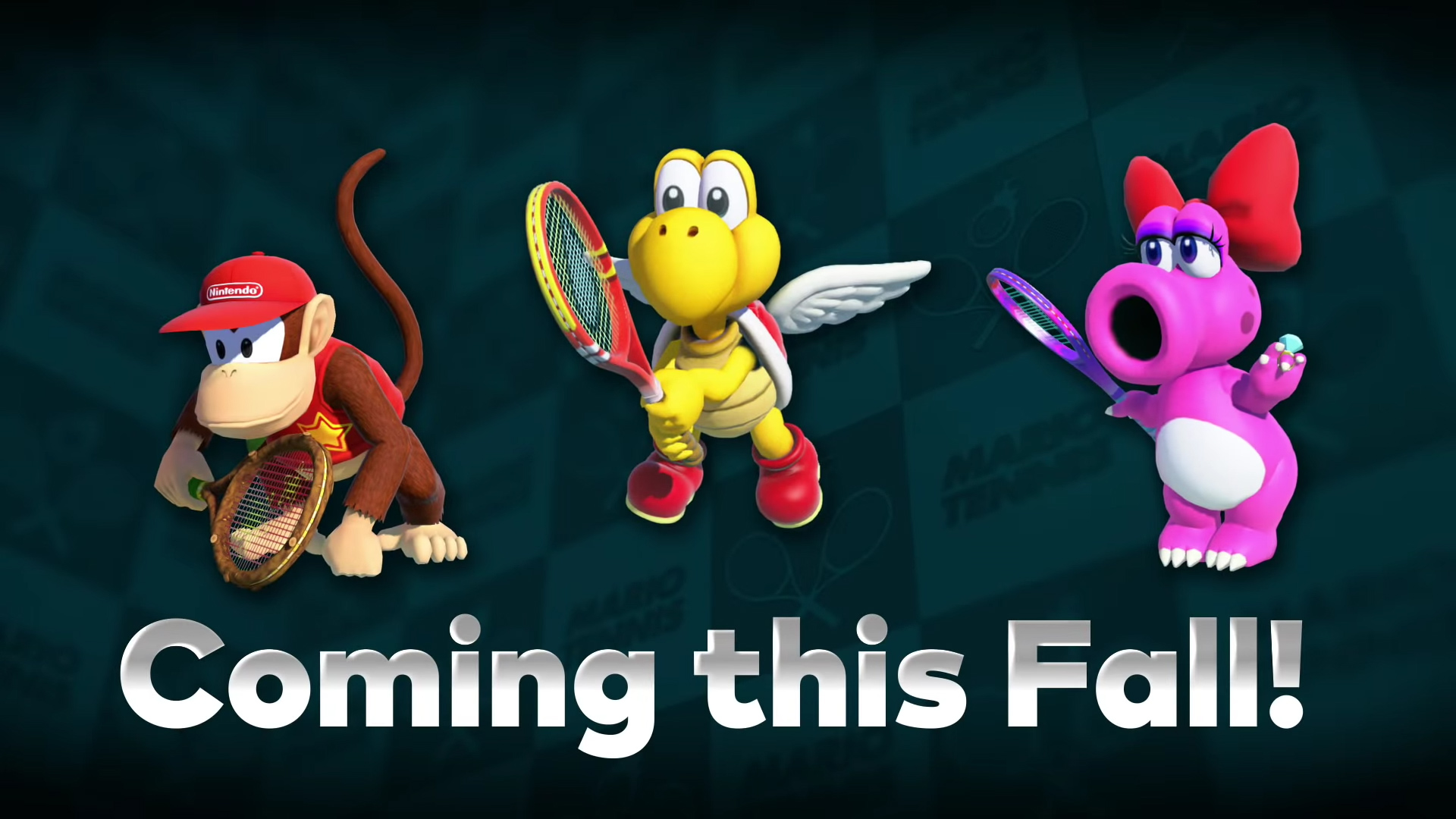 I know Waluigi is all the rage right now, and I’ll happily show my support, but dear sweet Birdo is my character of choice in the Mario Tennis series. Good news on that front: Nintendo plans to expand the Mario Tennis Aces roster this fall with Diddy Kong, Koopa Paratroopa, and yes, Birdo. We’ve known they were coming at some point, but now we have a slightly more honed-in release window.

All three playable characters will be available for free.

Reggie and Mr. Takahashi took to the courts for a special showdown with Mr. Miyamoto and Mario! Which team do you think won? Square off in intense tennis action for yourself in #MarioTennis Aces, available today for #NintendoSwitch! pic.twitter.com/I7tAHIpkPY

I was stoked about Aces pre-release. It showed really well in trailers, and I enjoyed my limited time with the trial. But now that folks have dug into it and aired their grievances, I’m in less of a hurry. With more updates like the one that dropped earlier this week (and maybe a slight discount), I’ll be there.