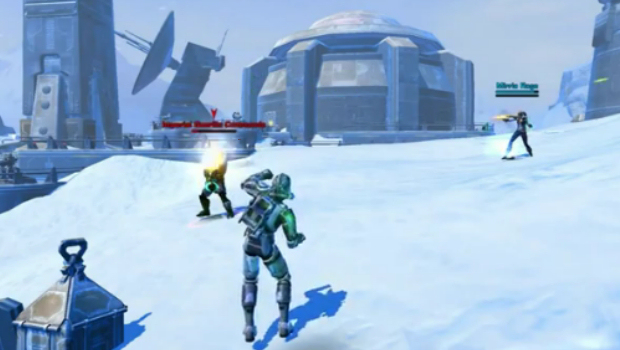 BioWare has a fresh Swoahtor exploit to plug up today, after it became known that players are literally dodging bullets with their fly dance moves. Using the “/getdown” command, player characters start to perform a jaunty jig, which would be cute if not for the fact that it renders them invincible.

The issue was brought up in the forums, but BioWare has since removed all mention of it from the board. It did, however, thank users for bringing it to the studio’s attention and is presumably working on a fix.

As Star Wars: The Old Republic wears on, the exploits and cheats are starting to rear their heads. Players are already getting banned for Credit farming, territory flipping and loot nabbing, and I dare say we’ll see more than that in future.