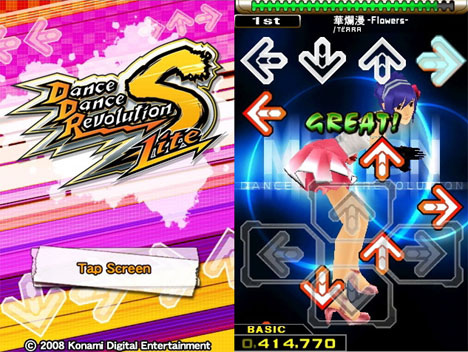 Konami says that DanceDanceRevolution S Lite is the “first installment” of the popular dance game for Apple’s touch platforms. It’s available now, free at the iTunes App Store. And seeing as how this one is free, it’s safe to say that the next ones won’t be.

We downloaded this one and gave it a quick spin. As you’d guess, you tap the on-screen buttons to get your DDR on. The control is good, and this one stage is pretty fun. There’s not much to do here with just this one song, though.

Konami says that the full version will come with “new songs and unique characters.” We’ll look forward to that.

Okay, so you’re not really dancing, but this could be my dream long flight game anyway.