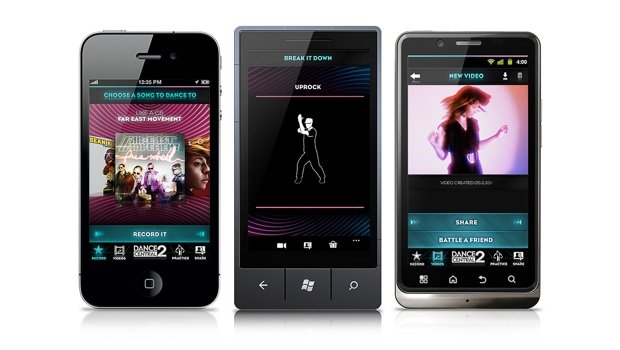 As if dancing in front of a camera in the comfort of your own home didn’t make you look silly enough already, Harmonix has released an app for iOS, Android and Windows Phone devices today to take the humiliation to the next level. Called Dance Central Dance*Cam, the app is available to download absolutely free of charge because embarrassing yourself wherever you happen to be is truly priceless.

The idea is that you’ll have access to a certain portion of seven different songs taken straight from the Dance Central 2 soundtrack. While the song you picked is playing, a friend has to record you doing your own made-up dance routine. The app will then montage your dancing into a music video once you upload it. If you’re feeling brave enough, you can post that video up on Facebook or challenge a friend and, should they accept, the app will combine both of your performances into one video.