Gamers being able to relate to the on-screen dancers was always a paramount concern for the team at Harmonix when designing Dance Central.

“Basically, we wanted everyone to be a little bit ambiguous so we could represent a variety of musical and dance styles, as well as cultural backgrounds with characters,” says Harmonix’s Helen McWilliams. 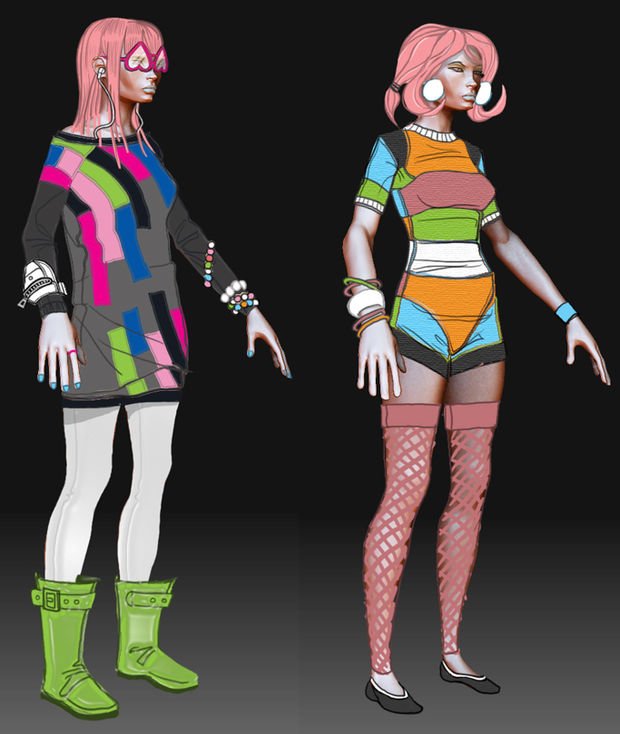 Here’s a key takeaway: don’t miss brainstorming meetings at Harmonix unless you want to be named after a character in the game. When art lead Dare Matheson missed a session, the rest of the team was struck with inspiration.

“He had no idea, actually,” says Perlot, laughing. “We waited until he came back from a business trip to clue him in.”

Dare’s style is influenced by 90s rave culture, and underground design and fashion. McWilliam’s time living in London during the 90s had an impact on the character, as well.

“When I thought of my time living [in London] in the 90s, for some reason I thought of the character as having a voice like [English musician] Lady Sovereign,” she says. 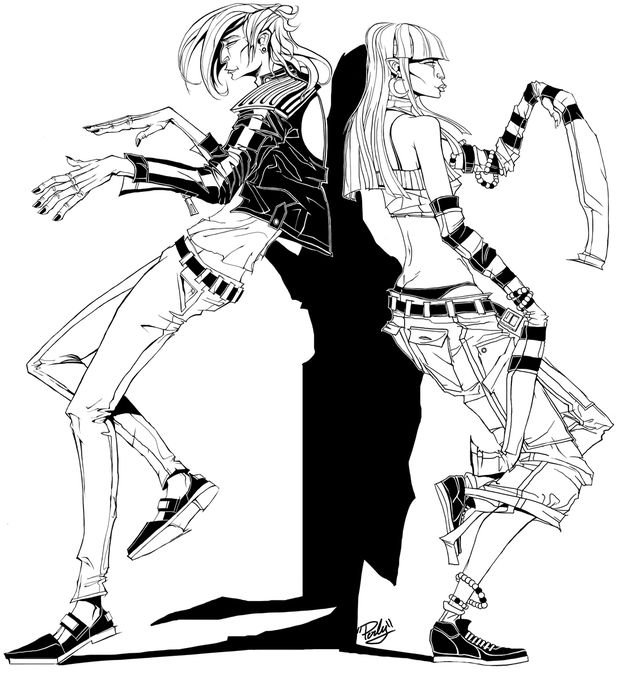 While Dare is out living it up, partying until the sun comes up, Dance Central‘s Oblio is a bit more introspective. The most mysterious dancer of the bunch, Oblio’s entire persona was partially influenced by a quote from German poet,  Rainer Maria Rilke.

“To help us shape the characters internally we created these little biography forms that I filled out as each of them,” explains McWilliams, who said things were going pretty smoothly until she hit Oblio. “After some deliberation I drew a giant black circle on the page, obscuring all of the biography questions. Then I doodled a Rilke quote around the black circle. That’s what we handed to everyone on the team as Oblio’s reference.”

Clearly the most introspective of the Dance Central bunch, Oblio has “really got something to lost or to prove… He wants you to learn and enrich your life through dancing,” Perlot explains. 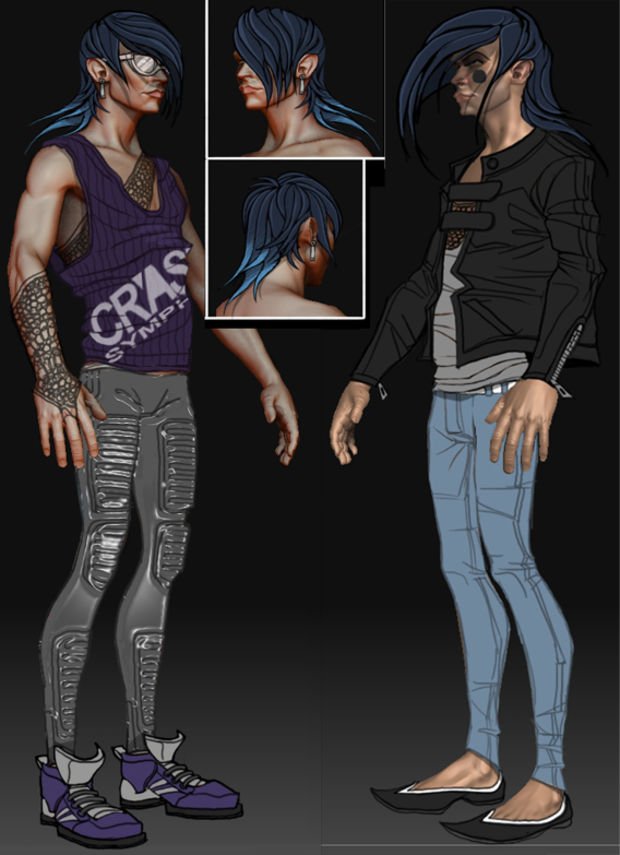 “He’s into poetry and street bikes. We know that much about him,” explains McWilliams. “He wears this mixture of clothing that’s part bike culture, part superhero.”

Well, that explains… a bit, doesn’t it? You have to leave something open for the fans to speculate about; Harmonix claims Oblio has inspired “a few bits of fan fiction.” Frankly, I’m a bit frightened to run that Google search… you’re on your own, folks.

[For even more details on Dare and Oblio, be sure to check out Harmonix’s official Dance Central blog later this week.]